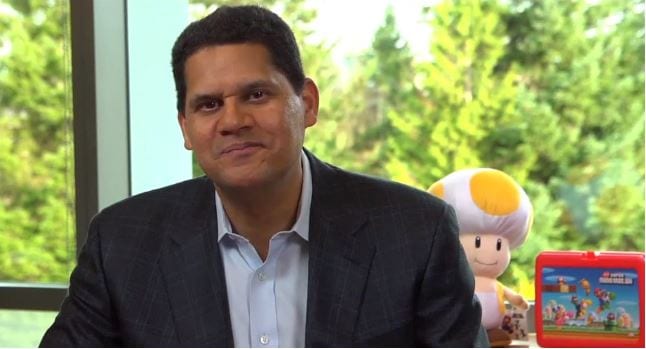 Following the huge success of the NES and SNES Classic, it seemed only logical that Nintendo would keep the ball rolling with an N64 edition. According to a recent interview, however, Nintendo of America COO Reggie Fils-Aime insists there are no such plans.

“We were clear when we did the first two Classic series that, for us, these were limited time opportunities that were a way for us as a business to bridge from the conclusion of Wii U as a hardware system to the launch of Nintendo Switch,” he said. “That was the very strategic reason we launched the NES Classic system.”

“So while consumers may have been anticipating something, we view these as limited time opportunities. We’ve also now been very clear that as the consumer looks forward to engaging with our classic content that is going to happen more and more with the subscription service.”

When asked whether he would ever rule out an N64 classic, he responded:

“I would not ever rule something out, but what I can tell you is certainly that’s not in our planning horizon.”

This will likely come as a bit of a disappointment to many, given that the N64 is such a beloved console. Not as influential as the NES, perhaps, and maybe not featuring as many iconic games as the SNES, but it certainly was a memorable piece of hardware for its local multiplayer titles.

Although the strategy behind the decision does make sense, and it’s honestly quite refreshing to hear that Nintendo isn’t going to just pursue classic console because it’s a lucrative initiative.

Ultimately, classic consoles were a bridge between the Wii U and Switch to help bolster numbers during a potential period of uncertainty. It certainly clarifies why Nintendo was low on stock with the original NES –they never for one second expected it to be such a smash-hit.

As it turned out, there was no period of uncertainty with Switch selling gangbusters, and the NES Classic flew off store shelves before Nintendo could manufacture more stock.

Yet still, despite Reggie’s comments and his cander about the wider strategy behind the consoles, I wouldn’t write off seeing an N64 Classic just yet. There’s clearly a big market for it.