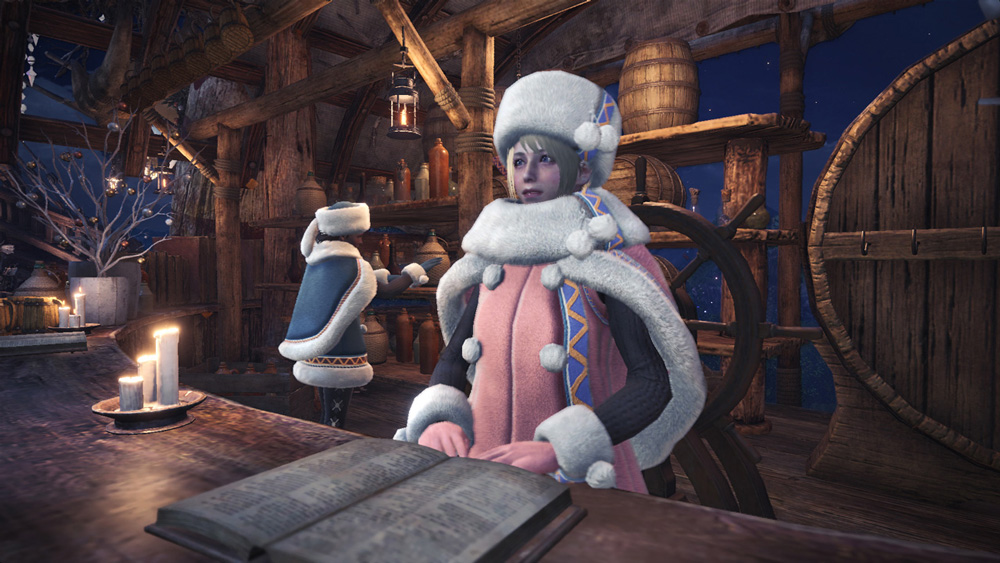 The event is named “Winter Star Fest” and it’s similar in nature to the previous seasonal events. The Celestial Pursuit in Astera will be decorated for the Holidays, and there will be plenty of freebies to win, including costumes, food, and more. You can see them in the gallery at the bottom of the post.

Nearly all old event and challenge quests will also become available, allowing you to gather the materials and goodies you may have missed.

The event starts today (November 30th), and ends on December 17th. It’ll be over before Christmas, most likely to make room to some sort of New Year event, considering that it’s the biggest Holiday in Japan.

To show off what you can get and the festive atmosphere, Capcom also released a trailer, which you can watch below.

Last, but not least, some paid DLCs have also been released, including gestures and a costume.

Monster Hunter World is currently available for PS4, Xbox One, and PC. If you want to read more, you can check out how the game drove Capcom’s profits over the past quarter (and all the quarters since its release, really)