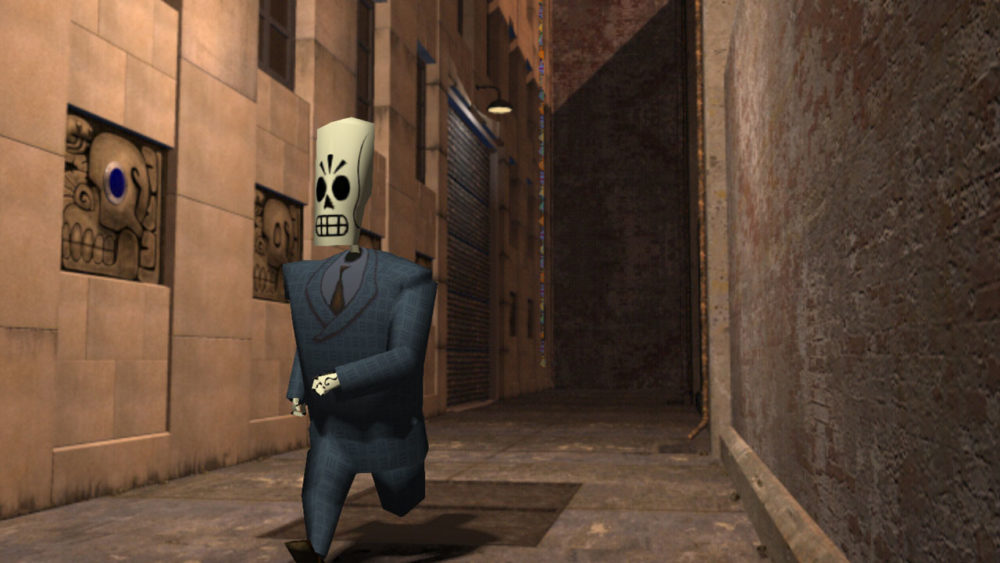 In a surprise announcement video, Double Fine revealed that Grim Fandango Remastered is available today on the Nintendo eShop for $14.99. The company also announced a special physical edition of the game for PS4 and a vinyl soundtrack in celebration of the game’s 20th anniversary.

The classic adventure game, which originally released in 1998, received a remastered release on the PS4, PS Vita and PC in 2015. While we knew the game was coming to Switch, the announcement of the game being playable today was a surprise. For our thoughts on Grim Fandango Remastered, check out our review from 2015.

As for the PS4 physical release, Double Fine has partnered with iam8bit and LucasFilm for a $29.99 region-free physical edition. The package includes a cardboard outer sleeve featuring art from the original remaster, a reversible game case and a “golden train ticket for the for the Number Nine, which will take you all the way to the land of eternal rest speedily, and in style.”

The vinyl soundtrack is “a special 20th Anniversary Director’s Cut from Peter McConnell, spread across two LPs, and featuring the many faces of Manny on a special Die-cut record sleeve.”

Both the PS4 physical release and the vinyl soundtrack are due out early next year. Pre-orders are available now over at iam8bit. For more information, visit Double Fine’s website.