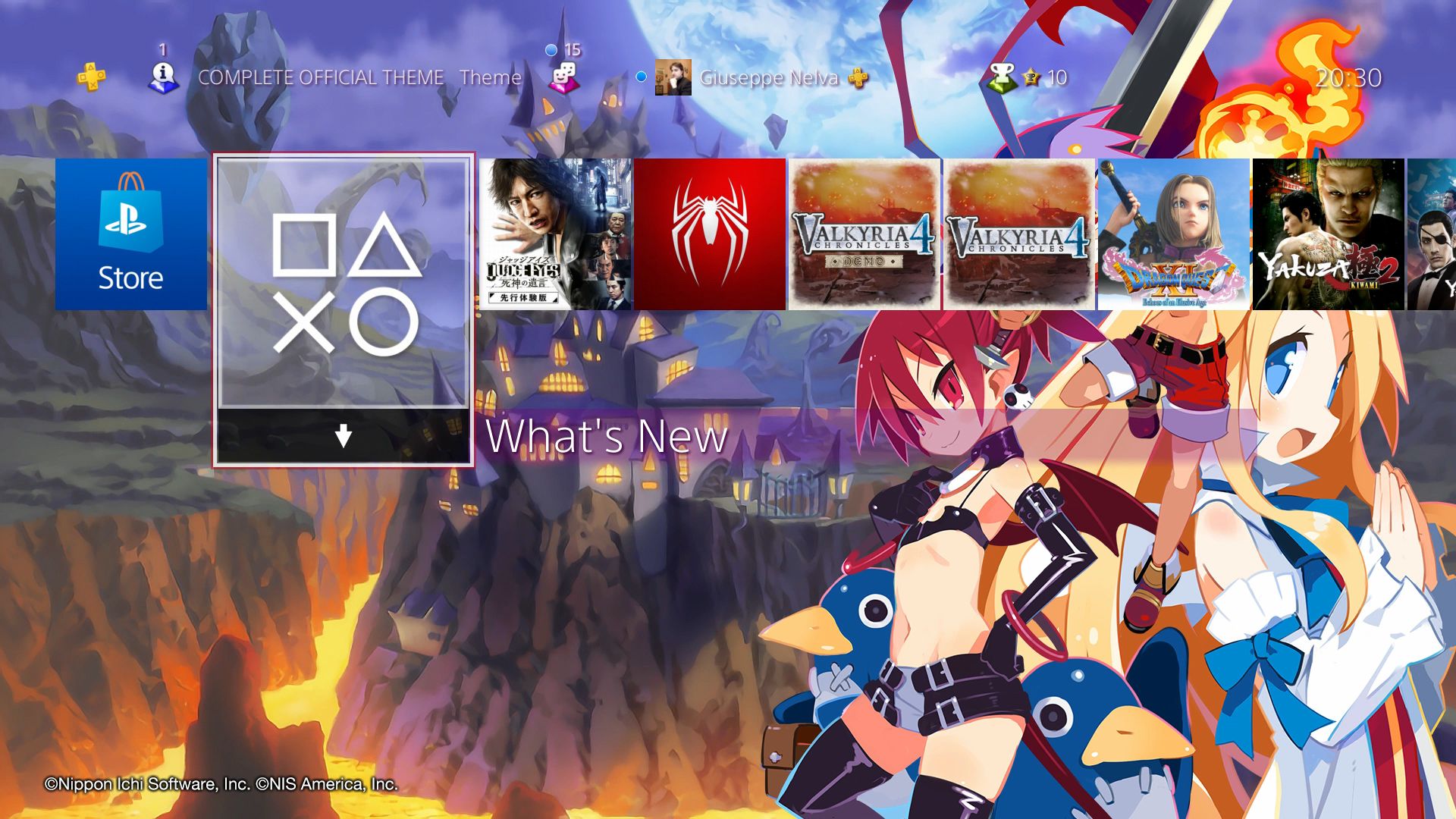 If you’re looking for a new chance to decorate your PS4’s dashboard, you have come to the right place. NIS America just released an official PS4 theme for Disgaea 1 Complete.

The theme can be downloaded from the North American PlayStation Store, and it’s completely free, so you may as well grab it since it won’t cost you a dime.

While it’s a static theme, it comes with its own whimsical music track and custom sound effects, which means that it isn’t as low-effort as many we see from way bigger publishers.

The one caveat is that the theme has not been released on the European PlayStation Store, but you can download it with an American PSN account. You’ll then be able to use it with any of the accounts on your PS4, as long as the console is set as primary.

If you’d like to see what the theme looks like before downloading it (not that it takes much bandwidth), you can check out two screenshots at the top and bottom of this post.

Disgaea 1 Complete is currently available for PS4 and Nintendo Switch. If you’d like to know whether it’s any good, you can read our review.