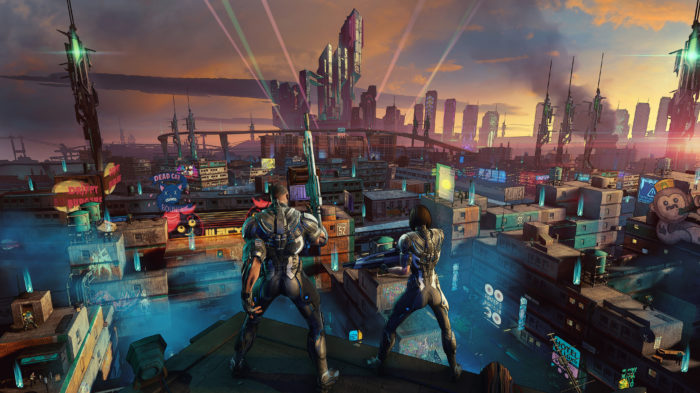 Crackdown 3 has excited Xbox fans since its reveal in 2014 due to the innovative cloud technology that enables complete environmental destruction in multiplayer. Yet, it has also caused concerns due to its delays. At one point some even argued that it would be canceled.

Yet, it’s finally coming, and Windows Central talked with Microsoft Studios’ Creative Director Joseph Staten and Head of Production Jorg Neumann to find out the origin of the issue.

Staten explained that the tech itself is what drove the project’s stretched development schedule.

“[We] knew going in when we started Crackdown 3 that this technological heavy lift — Azure powered, multiplayer fully destructible environments — was going to take a lot of investment, a lot of time to get right. To a large extent, the project schedule has largely been driven by that technology investment. We really have landed this fully destructible Azure-powered experience. It’s really unlike any game that we’ve tried to design before, where you can blow up all of the geometry.”

Interestingly, the extreme level of destruction in Crackdown 3 also prompted the development team to completely rethink basic principles at the foundation of shooters.

We also hear that while the cloud-powered destruction feature was considered, the decision to keep it confined to multiplayer was taken early on, since the campaign is about saving the city, and not about reducing it to ruins.

Crackdown 3’s campaign itself benefited from the delays, as it provided the team with more time to “go after a deeper story, add more tools to the sandbox, and create a more polished experience over all.”

Staten also mentioned that Microsoft thinks that Crackdown 3 is a “really fun game” with “a lot of potential” and the hope is that gamers enjoy it.

Crackdown 3 will finally release for Xbox One and PC on February 15th, 2019. If you want to see more of the game, you can enjoy the latest trailer showing the Wrecking Zone multiplayer mode.