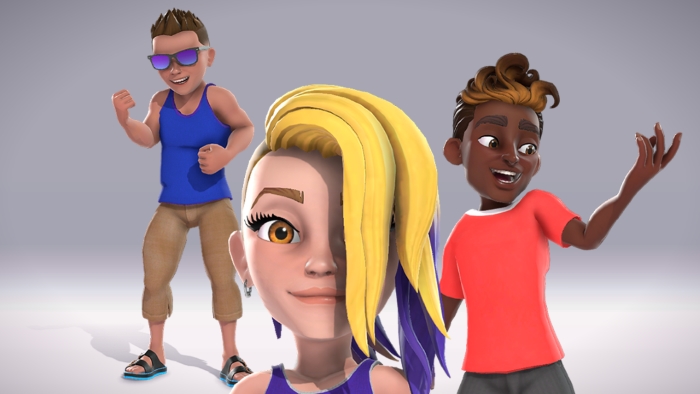 The October 2018 Xbox One update is now live for all consoles with new features that change the appearance of players’ avatars and adding more external devices to control the console without a controller.

Xbox Avatars have been updated for Xbox One with a slightly different look from their Xbox 360 counterparts. They will now appear on players’ profiles, activity feed posts, friend blocks on the Home screen, Gamerscore leaderboards, club headers, profile comparisons, and other places.

Microsoft is also rolling out an Avatar Store containing clothing, accessories, props, and outfits. It will include licensed clothing from franchises, such as Halo and Gears of War.

Avatars were first introduced for the Xbox 360 in 2007 as part of the “New Xbox Experience” system update allowing players to customize physical features and clothing for their 3D avatar. Players can then use their avatar as their Gamercard picture or control in specifically-enabled games.

The October 2018 update also adds the “Xbox Skill” app for Microsoft’s Cortana and Amazon’s Alexa voice-controlled devices. The feature allows players to control their Xbox One through the devices with commands such as turning the console on and off, launching games, capturing screenshots and video, and volume control.

Amazon will be bundling its Amazon Echo Dot smart speaker with “qualified” Xbox One S and Xbox One X bundles starting tomorrow, Oct. 12. The offer is only available through Amazon customers in the U.S. for “while supplies last.”

Other features included in the update are Dolby Vision HDR video streaming support for both Xbox consoles, and five additional languages for its Narrator option. There is also an added Australian version of the English language alongside the U.S. and U.K options.