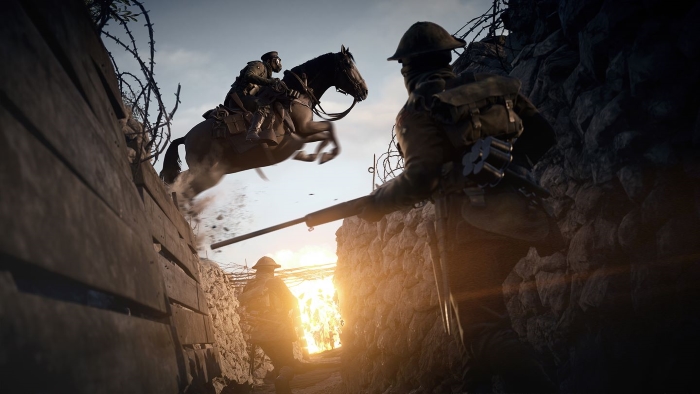 Microsoft revealed the list of Xbox One and Xbox 360 games coming to the company’s Xbox Games With Gold program in November, allowing Xbox Live Gold members to download and play four titles for free.

Starting Nov. 1, Electronic Arts and DICE’s WWI first-person shooter Battlefield 1 will be available to download throughout the entire month of November. The 2016 title being offered is the base version of the game without the Premium Pass, containing all four expansion packs for the game.

EA had been steadily giving away the expansions for free over the past year though, and allowed all players to download the entire Premium Pass for free last month. The pass is currently free to download, but the offer is only available until tomorrow, Oct. 31.

The other Xbox One game coming to Xbox Games With Gold is Race the Sun beginning Nov. 16. The endless runner can be claimed until Dec. 15.

The two Xbox 360 games rounding out the list are the original Assassin’s Creed from Nov. 1 to Nov. 15, and Dante’s Inferno from Nov. 16 until the end of the month. Like previous Xbox 360 games offered through Xbox Games With Gold, both titles are backwards compatible and playable on Xbox One.