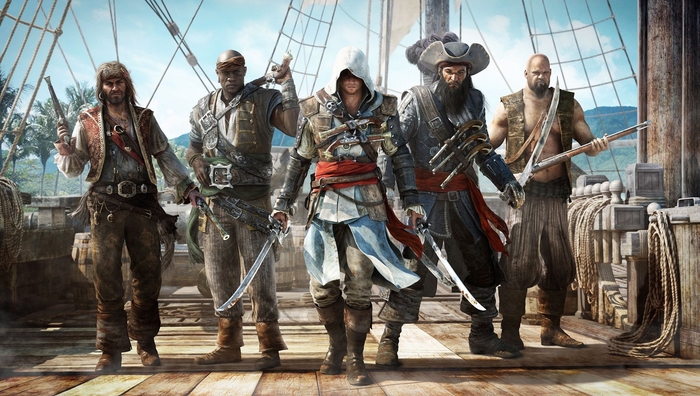 In an interview with Game Informer, Ubisoft chief creative officer Serge Hascoet spoke on a variety of topics such as the future of Assassin’s Creed, building new IP, interactive entertainment, VR, and unrepresented genres. When asked about the company’s technology base and what they need to do to evolve, Hascoet speaks on multiplayer and answers with this:

“We have many technologies, so it’s case by case, but Assassin’s Creed has no multiplayer mode, and that is very important for the social aspect of gaming, so we are looking for that. Also, when you want to change something in the world in our games, right now the player has to download 20GB.”

Ever since the release of Assassin’s Creed Syndicate back in 2015, Ubisoft has backed off of multiplayer modes in the action-adventure franchise, which was present in each entry since Assassin’s Creed Brotherhood in 2010.

Ubisoft also talks about the fact that their engine can indeed support 100 players at a time in an online space but it would be lacking of other aspects that make Assassin’s Creed what it is, like crowds and things of that nature that take up resources:

“There are millions of changes I [Serge Hascoet] would make. For example, the number of players. Today, our online technology could support 100 players, but at what cost? If we remove the crowd and stuff like that in Assassin’s Creed we could make online easier … it’s a case by case basis. If a project needs 100 players at the same time then we can do it, but we need to find the added value.”

Ubisoft will be releasing the newest entry in the Assassin’s Creed franchise, Assassin’s Creed Odyssey, later this week – you can check out our review right here. We absolutely adored the main story and the branching paths that the game had to offer while also praising the cheeky writing.

I Flew Around The World in Microsoft Flight Simulator; Here Are 2,906 Gorgeous Screenshots