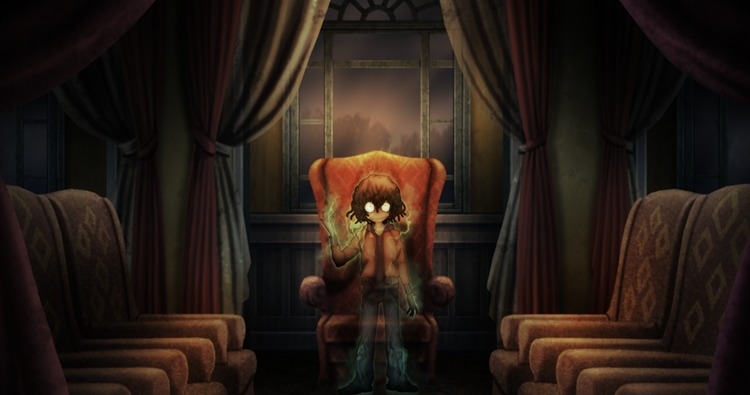 Sometimes cancelled games stay dead, and sometimes they rise from their graves in a new form.

The latest issue of Famitsu, Japan’s premier video game magazine, features a massive, 40-page story on Level-5, the studio behind the Professor Layton and Yo-Kai Watch franchises. And as you’ve probably guessed, it’s all in Japanese. Thankfully, Gematsu is on hand to translate the sprawling article and provide the juicy bits, including the delicious scoop that the cancelled game Ushiro will finally be released on the Nintendo Switch.

If you’ve never heard of Ushiro, then you probably live outside of Japan. From what I have gathered, the game will revolve around a ghost, the titular Ushiro, who grants people one wish in exchange for their lives. Players will control him as he possesses other people and fights the evils lurking in people’s hearts. I mean literally fighting them via turn-based combat, as displayed in the game’s original trailer.

Now, I can’t read a lick of Japanese, but judging by the trailer, the game will also let players glimpse into the lives of the various NPCs. And as for the combat, it will play like Persona 3.

As Ushiro fights literal shadows in these battles, their hosts float upside down and their limbs jerk around erratically; it’s enough to give viewers flashbacks to the crab walk scene from The Exorcist. Oh, and the backdrop features a sky completely overcast with red clouds and a giant eye that observes everything. Either this is supposed to represent the game’s version of a spirit world, or something weird is happening behind the scenes in-game. Either way, I’m sold on the concept.

Unfortunately, this is the extent of our information. We don’t know when Ushiro will release on the Nintendo Switch, let alone if it will release outside of Japan. Still, we will keep our ears to the ground. With any luck, this ghoulish-looking game will haunt Switches worldwide soon.