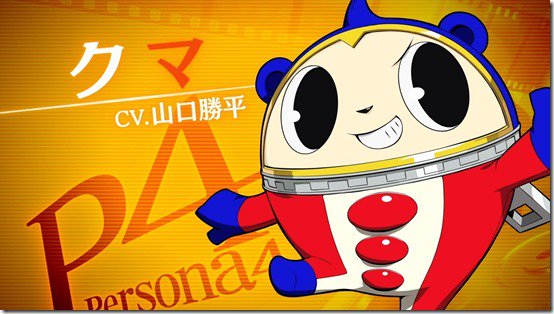 Atlus has just released a brand new trailer for the upcoming Persona Q2: New Cinema Labyrinth, and this time, Teddie from Persona 4 is our highlight here.

Teddie was first introduced as Persona 4’s mascot character, and he also played a key role in the story itself. Teddie has a special characteristic, whereby he’s able to exit his bear suit at any time to assume a human form, as we can see from the trailer. You can check out the new footage down below.

Persona Q2: New Cinema Labyrinth is a follow-up to Persona Q, which was originally released on the Nintendo 3DS. The game features first-person, dungeon-crawling gameplay from the Etrian Odyssey series, and also brings together the characters from Persona 3, 4 and 5.

Person 2: New Cinema Labyrinth is set to be released for the 3DS as well.