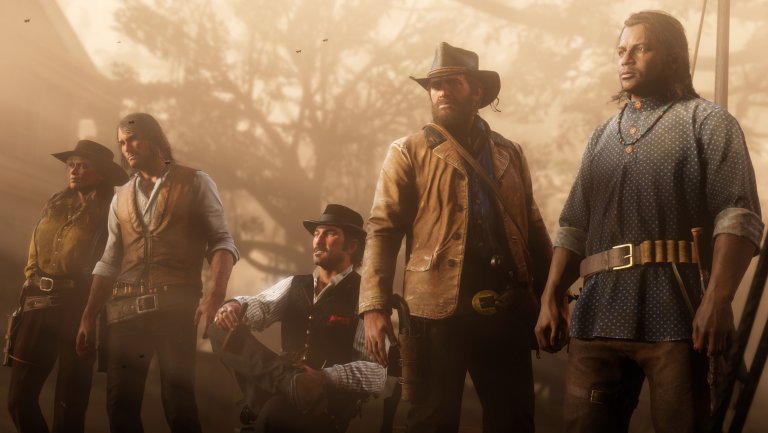 How to Get Lock Breakers in Red Dead Redemption 2

This time around, players will take control of Arthur Morgan, a trusted senior member of the Dutch Van Der Linde gang. As you play through the game, you’ll inevitably be forced to kill some people and commit a few crimes.

You might also have to force your way through some locked doors, and a handy lock breaker could come in very useful.

Whenever you run into a door that’s locked, if you hold the L2 button (or LT if you’re on Xbox One), you’ll be able to interact with it.

From here, you can choose to either kick down the door or break the lock. Of course, kicking down the door is easy, but it also means you’ll be attracting more attention, and the lawmen will be more likely to come after you.

In cases where you really don’t want to deal with more enemies, you might consider using lock breakers instead.

Thankfully, lock breakers are pretty easy to get. While we haven’t been able to loot them off dead bodies or find them lying around in the world, you can purchase lock breakers from Fences.

Look on your map for the Fence icon, then head there to talk to the shopkeeper to buy and sell your dubious goods. We’ve included an image below of the Fence icon, should you be unsure of what you’re looking out for.

They can also be found in Saint Denis, and Emerald Ranch, among other places.

Lock Breakers are sold at $25 each, which should be pretty affordable for you once you’ve gotten deeper into the story. If you’re running low on cash in Red Dead Redemption 2, the Fence will also buy your stolen goods for pretty decent prices.

Items that you’ve looted off dead bodies can’t be sold easily at General Stores, but Fence shopkeepers in Red Dead Redemption 2 will take them, no questions asked. We’ve got a guide on how to get money fast, should you need a hand in raising funds.

In addition to that, you can also use Lock Breakers to break the locks off loot caches in wagons and stage coaches. Anytime you find one in the open world and decide to hijack it, take a look at the back and see if there’s a lock you can break for some extra loot.

Every now and then, you might find NPCs trying to break locks off a lockbox in the open world as well. Instead of wasting dynamite on it, use your Lock Breaker instead.

It’s probably best to have a Lock Breaker on you at all times in case of dicey situations. And that’s pretty much all you need to know about how to get Lock Breakers in Red Dead Redemption 2.

Be sure to check our Red Dead Redemption 2 guide wiki for more information on the game.