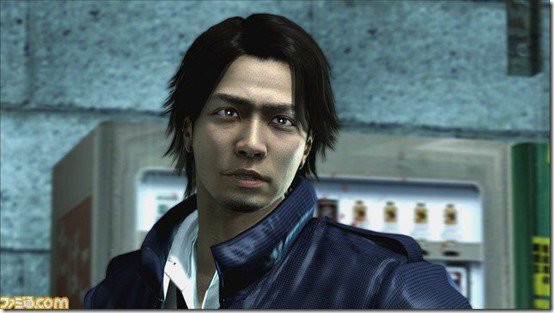 Sega announced a release date of Jan. 17, 2019 for the upcoming Yakuza 4 remaster in this week’s issue of Famitsu. There was another interesting tidbit of information, however, as the actor for the fourth playable character, Masayoshi Tanimura, has been recast.

Tanimura was originally played by Hiroki Narimiya, an acclaimed actor in Japan. For the remaster some of Tanimura’s voice lines needed to be revised and re-recorded, but unfortunately Narimiya has retired from voice acting and the entertainment business. Because of this, the character was recast with Toshiki Masuda, who you might know as the Japanese voice of Eijiro Kirishima in My Hero Academia.

Unlike past games in the series, Yakuza 4 focuses on four separate protagonists instead of just Kazuma Kiryu. This is the first game to star Shun Akiyama and Taiga Saejima, who would be reoccurring characters later on. Kiryu is the third protagonist, with the fourth being Tanimura. Unfortunately, Tanimura wouldn’t show up in any future Yakuza games, although his storyline was pretty much brought to a close with Yakuza 4.

The Yakuza 4 remaster launches on Jan. 17, 2019 in Japan. The Yakuza 3 remaster launches earlier this year in Japan, and the Yakuza 5 remaster is expected to hit sometime in Spring 2019. Currently, there are still no announced plans to any of the remasters to the west, although the Yakuza series seems to be doing quite well here at the moment. The latest entry in the series, Yakuza Kiwami 2, launched on PS4 at the end of August.