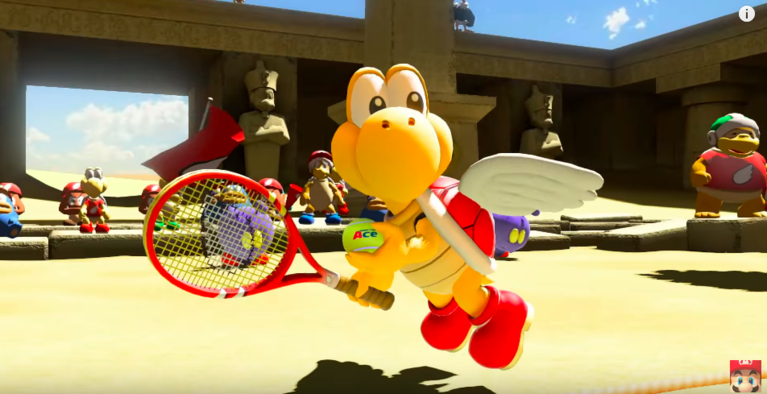 We already knew that the highly adorable Koopa Paratroopa would eventually be joining the roster of Mario Tennis Aces, but now we know exactly when he’ll be joining the established crew of tennis fanatics.

To receive the technical player, Koopa Paratroopa, you have to compete in the in-game Mario Tennis Aces online tournament which starts on Nov 1 and runs through to Nov 30. If you miss your chance –no worries– the flying turtle thing will be available for everyone after Nov 30.

Nintendo released a brand-new trailer that highlights the flying reptile’s moves on the field and from the looks of it, Paratroopa seems like a top contender in Mario Tennis Aces; you can watch the gameplay trailer right below here:

We also reviewed Mario Tennis Aces, and our own Editor-in-Chief, Ed McGlone, gave the sports game a 4/5 praising the new features and single-player campaign. Unfortunately, he thought some of the challenges in the main campaign were difficult and frustrating; the selection of courts was also slightly disappointing.