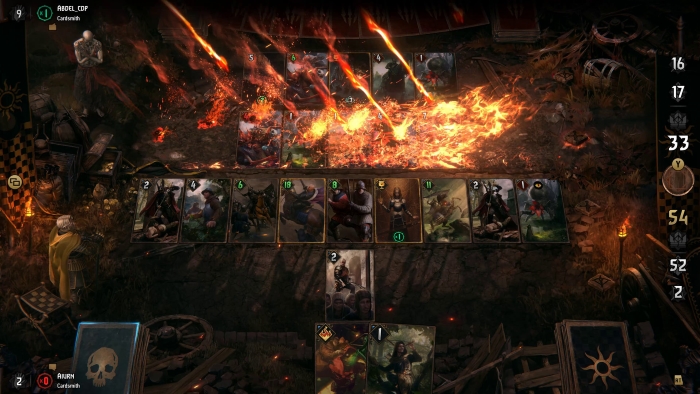 The “Homecoming” update overhauls the game with new visuals, over 30 new cards, and more progression paths that give out more rewards. Several of the game’s mechanics have also been tweaked, such as new card and ability types, changes to deck building, and adding more rows to the game board. Check out the rest of the details on the update’s dedicated website.

The game will be selling a special Launch Celebration Pack to mark the full release with 120 cards, one legendary card, 500 Meteorite Powder, and five tickets for the game’s Arena mode.

Gwent was first introduced in The Witcher 3: Wild Hunt as a mini-game. The Witcher publisher CD Projekt decided to spin the game into a standalone title that entered closed beta in late 2016. The game is free-to-play on PC through GOG.com starting today, while the game will fully launch for PlayStation 4 and Xbox One on Dec. 4.

The role-playing strategy game from CD Projekt Red, Thronebreaker: The Witcher Tales, also launched on PC today for $29.99. The game is a 30-hour single-player campaign which uses Gwent’s card battling system and unlocks 20 cards to use with the free-to-play title.