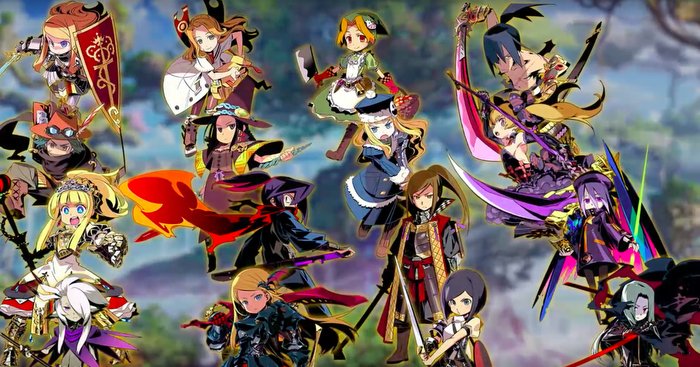 Dungeon explorers and Etrian Odyssey fans will have one last chance to delve into the unknown on 3DS with Etrian Odyssey Nexus, and publisher Atlus has released a new trailer to give them a glimpse of what they can expect.

Streamed through Atlus USA’s official Youtube channel, the trailer gives a brief overview of gameplay features and mechanics from across the series which will now be available to players in one complete package. Like past titles, the game tasks players with exploring and mapping out dungeons which range from small and straight forward to sprawling and perilous. Each dungeon is filled with monsters and rare treasures in equal measure, and the only way to make it out alive is to time one’s attacks carefully, understand the enemy’s strengths and weaknesses, and utilize the abilities granted to each of the 19 available classes for party characters.

The trailer also outlined what is included with the preorder and launch edition of the game. In addition to an outer box and the base game, the edition also includes an art book and an enamel pin of one of the game’s characters.

First launched in 2007 with the release of the first Etrian Odyssey on Nintendo DS, the Etrian Odyssey series has seen praise from fans and critics alike for its addictive dungeon crawling elements and its classic JRPG design. In each title, the player takes the role of an adventurer and amasses a party before setting out to map dangerous dungeons and collect treasures. It has seen two mainline entries, two remakes and one spin-off title released on the Nintendo 3DS to date – as well as one Japan exclusive spin-off – with all six being generally well received.

Etrian Odyssey Nexus is set for release on Feb. 5, 2019 exclusively for the Nintendo 3DS. For more on the latest happenings in the JRPG genre, check out our review of The World Ends With You: Final Remix.