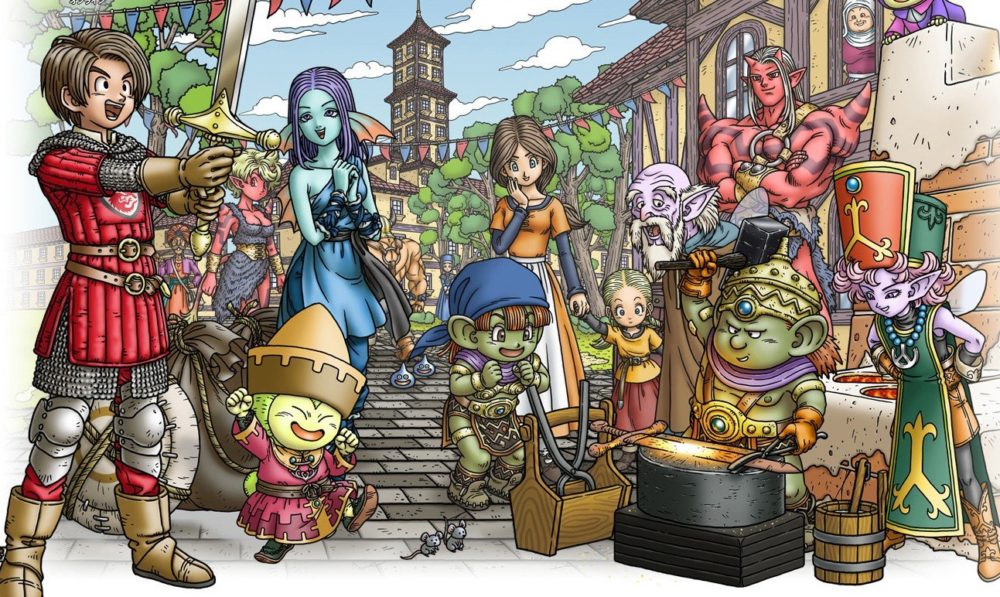 Today during the Super Dragon Quest X TV Fall Festival 10-Hour Special 2018  held in Japan, Square Enix brought up the topic of an offline version of Dragon Quest X. Thanks to Gamestalk for spotting.

The MMO has yet to make its way to the West, and Dragon Quest executive producer Yuu Miyake, as well as former producer Yosuke Saito, commented on the possibility. During the stream Sato said, “Even within the traditional Dragon Quest series, Dragon Quest X is packed with excellent stories. Talk of an offline version often comes up, and I don’t think the possibility is zero. It would be great if we could introduce it to fans to play somewhere.”

Miyake then followed up on this saying, “Overseas, Dragon Quest X has not been released. There are people going from Dragon Quest VIII to XI because 3DS is not as prevalent overseas.” Miyake stressed that he’s very interested in developing an offline version, as Dragon Quest X has many great stories he’d love to tell, especially to players overseas.

Dragon Quest X was originally released in 2012 for the Nintendo Wii in Japan. It has since been ported to PC, Wii U, PS4, Switch, mobile, and 3DS, all of which support cross-platform play. The game lets you create your very own Dragon Quest character and explore the continent of Astoltia. Combat uses an adapted form of the ATB (active-time battle) system, and characters classes let you customize your hero. Square Enix stated in late 2016 that if there was enough fan demand for Dragon Quest X, they might localize it.

Dragon Quest X is currently available in Japan on PS4, PC, Switch, Wii U, mobile, and 3DS. The latest entry in the series, Dragon Quest XI: Echoes of an Elusive Age, launched on PS4 and PC in September. We loved Dragon Quest XI, giving it a 5/5 and saying it’s a “high new benchmark for the series.”