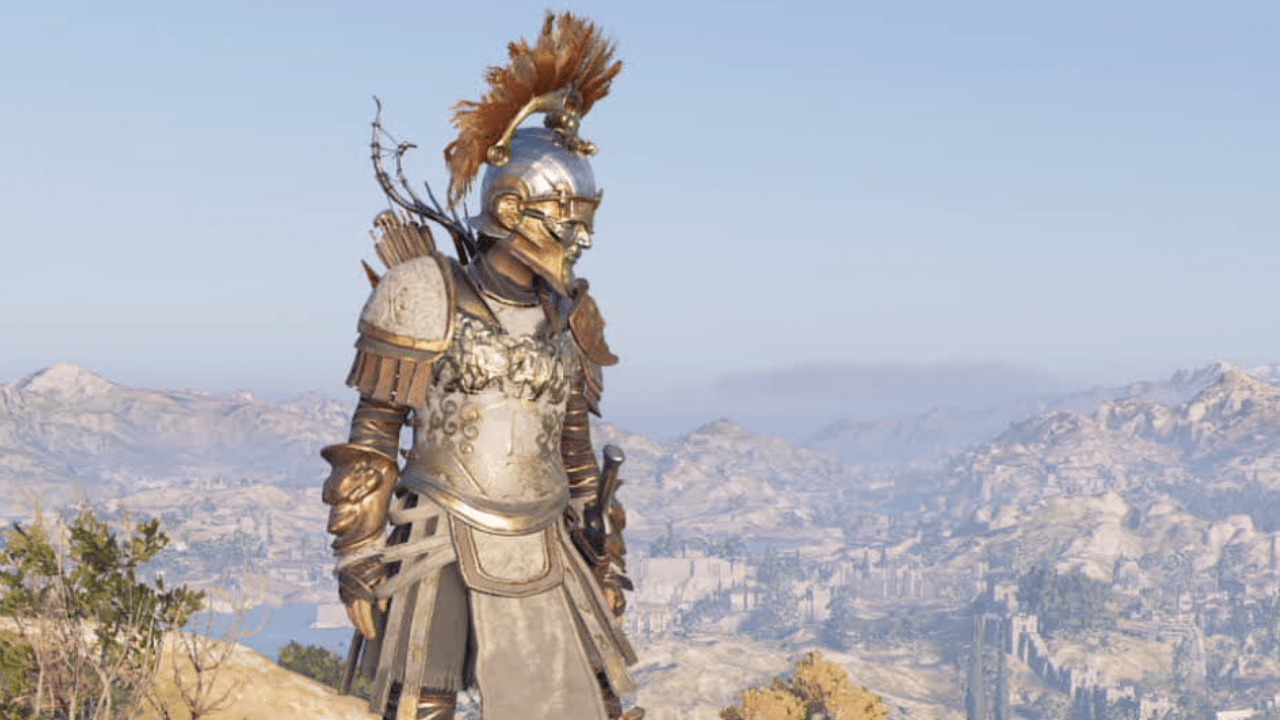 Obtained from killing Pausanias. The Xiphos of Dionysus is easily one of my favorite Legendary swords to use in Assassin’s Creed Odyssey because of that Hero Strike bonus. Hero Strike is one of the best and most cost-efficient abilities you can get in the game, especially when you upgrade it.

Costing only 1 Adrenaline segment, Hero Strike can deal massive damage to a single opponent, and it gives you invincibility frames during the animation. Xiphos of Dionysus is also one of the best Legendary weapons in the game because of all that extra Assassin and Crit damage you get with it. It’s perfect for stealthy players in Assassin’s Creed Odyssey.

Obtained from killing Deimos. The Sword of Damokles is a Warrior sword through and through. It gives you a straight increase in damage, and fills up your Adrenaline bar super quickly. This means that you can use Overpower Attacks more often, which can be very devastating.

Obtained from killing the Nemean Lion from Daughters of Artemis side quest. If you enjoy making use of the bow and Hunter abilities in Assassin’s Creed Odyssey, Pandora’s Kopis is one of the best legendary weapons you can get. It strengthens your tamed animals considerably, making them much more useful in battle.

Obtained from killing the mercenary, Of the Ashen Wake. I’m not a huge fan of bows in Assassin’s Creed Odyssey, but this is easily one of the best Legendary weapons you can get in the game.

If you’ve invested in the Fire buff ability, Hades’s Bow can increase your damage output considerably. Given how easy it is to craft basic arrows, converting them into free fire arrows is hard to say no to.

Obtained from killing Deimos. This armor set is best paired with the Sword of Damokles, which can also be obtained from Deimos. Just like the sword itself, this armor set is perfect for players who just like getting into open fights and confrontations. The damage boost to all abilities is a really nice one to have, and it also works well with Xiphos of Dionysus if you enjoy using Hero Strike.

Obtained from defeating the Gods of the Aegean Sea cultists. While the Snake set is nice and all, the Pirate set is just better in every way. Again, this is a great Legendary armor set for players who like the Assassination skill tree, especially if you’ve invested in Poison. The Poison buff applies a DoT effect on enemies, and also weakens their armor, making this set a pretty decent one even for open fights. And when you’re being stealthy, all those Assassination boosts should serve you well.

Obtained from completing the Daughters of Artemis side quest. As for the hunters of Assassin’s Creed Odyssey, you really can’t go wrong with the Artemis Legendary armor set.

There are other sets that enhance your damage with specific Hunter skills, but we had to go with this one for the +15% damage boost to all Hunter abilities. The boost to bow charging speed is pretty sweet as well, allowing you to quickly fire off arrows from a distance.

And those are our picks for the best Legendary weapons and armor you can get in Assassin’s Creed Odyssey. Be sure to check our Assassin’s Creed Odyssey wiki guide for more information on the game. We have plenty of info to help you including how to find all Legendary equipment in the game,  how to upgrade your weapons, or if you’re looking for beginner tips to get you started, we’ve got you covered as well.