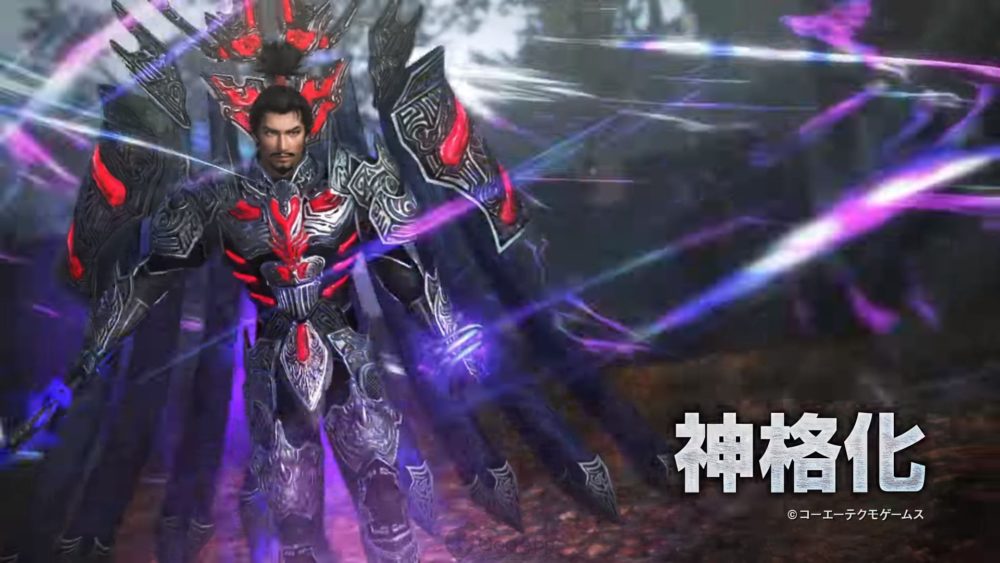 Koei Tecmo has released a new trailer for Warriors Orochi 4, showing off quite a few new features coming to the latest entry in the hack-and-slash series. Gods are the focus of the trailer, both in terms of the new characters shown off as well as a feature called Deification, which grants certain characters the power of the gods and gives them new forms, like Nobunaga Oda and Zhao Yun.

Warriors Orochi 4 sports a brand new story that loops in gods from other culture. Many of these characters and their movesets are shown off during the trailer including; Zeus, Ares, Athena, Perseus, and Odin. Additionally, a new Sacred Treasures feature lets character unleash powerful magic spells on the battlefield, like using the Bow of Artemis to hit a huge swathe of enemies. It looks like these Sacred Treasure will have different attacks depending on which character wields them.

Finally, the aforementioned Deification feature is shown off, giving souped up attacks and looks to Zhao Yun and Nobunaga, as well as Yukimura Sanada. Here’s an official description of the game via Koei Tecmo.

“The re-assembled heroes from across the DYNASTY and SAMURAI Warriors universes are faced with yet another battle; the god of gods, Zeus, has meddled with the human realm to create his own parallel world. The heroes learn that to solve this mysterious situation and return back home they must find eight Ouroboros Bracelets, but some individuals discover that these bracelets possess great power and decide to use them to their own advantage. This gripping new feature, Deification, grants the power of the gods to those who wield the bracelet. Taking on a powerful new form, those characters that perform Deification are not only able to use an unlimited amount of magic in battle but also cast unique physical and magical attacks.”

Warriors Orochi 4 will launch on October 16 for PS4, Xbox One, PC, and Nintendo Switch.