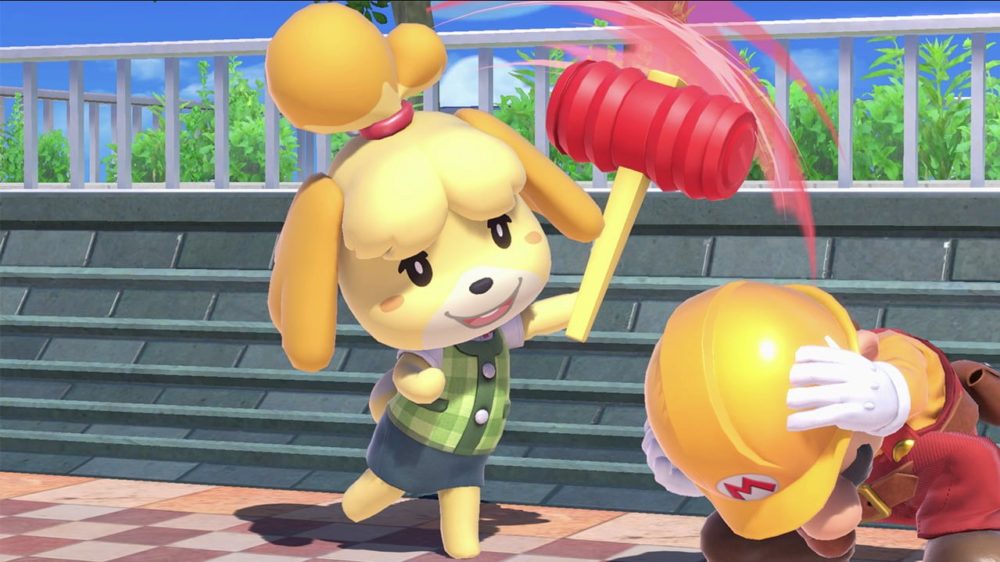 Isabelle from the popular Animal Crossing series is the newest fighter being added to Super Smash Bros. Ultimate. Announced during today’s Nintendo Direct Mini presentation, Nintendo threw a curveball: it appeared that they were possibly announcing a new entry in the Animal Crossing series, but instead, they used mail carrier Pete to deliver a letter to Isabelle, and surprised with a Smash Bros. announcement.

Isabelle’s cool-headed attitude belies her fighting ability; in the trailer shown, she’s beating up opponents by hitting them with her pom-poms, tossing them out of the water with a fishing rod, digging up a sky-bound gyroid, throwing water on Falco’s fire attack, deafening Mario with a confetti popper, and driving a bus toward some poor soul. “Isabelle turns over a new leaf,” indeed. According to the official Smash Ultimate site, Isabelle won’t be an echo fighter and will instead be totally original.

With the addition of Isabelle, that brings the total announced number of fighters in Smash Ultimate to a whopping 73. That’s the most playable characters of any Smash Bros. game ever, and may not even be the final tally. With 103 stages also confirmed so far, there’s no doubt that this will be the biggest Smash Bros. game by far.

Super Smash Bros. Ultimate will be released on December 7. 2018, for the Nintendo Switch. Of course, a new Animal Crossing for Nintendo Switch was announced today as well, with a release window of 2019. Just in case you were wondering.