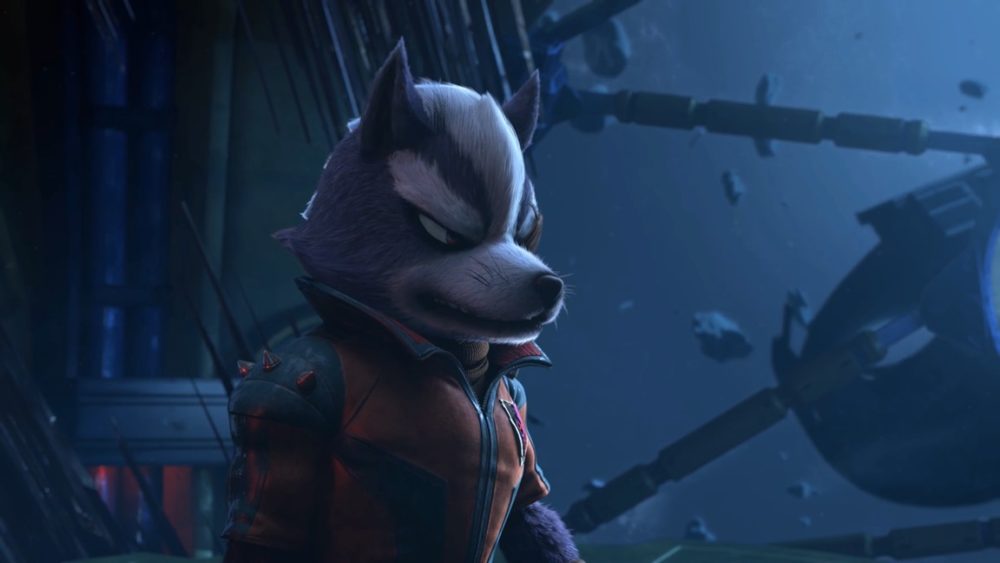 It has long been known that the Star Fox crew would be appearing in Ubisoft’s upcoming toys-to-life game Starlink: Battle for Atlas, but their lineage will apparently go much deeper. In the latest Nintendo Direct, classic series villain Star Wolf made a gruff appearance at the tail end of the cinematic trailer. Wolf’s cameo indicates a much greater level of crossover between the hollowed Nintendo franchise and the new Ubisoft title.

The reveal of Star Wolf comes alongside the announcement of rad Star Fox-themed stages for the Switch version of Starlink. The stages appear to have a number of settings, from deep space and asteroid belts to in-orbit stages. Despite the varied stages, the trailer appears to only feature a classic Star Fox cruiser, whereas the mainline Star Fox series usually see players switching between ships and tanks and a plethora of other vehicles.

The last Star Fox game to come from Nintendo was Star Fox 0 on the Wii U in 2016, which was critically and commercially panned. Twinfinite gave it a solid 3.5 out of 5. The more that is shown of Starlink, the more evident it is becoming that Ubisoft may be making a better Star Fox game than Nintendo has been able to do in years.

Starlink: Battle for Atlas launches on all major consoles on Oct. 16