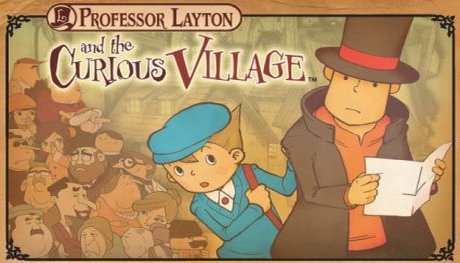 The Layton series saw a bit of a resurgence with the release of Layton’s Mystery Journey last year, and it looks like Level-5 has plans to push the rest of the series to mobile devices as well. Just today, the official App Store Twitter account tweeted that Professor Layton and the Curious Village will be releasing for iOS devices soon, and more details on that will be coming later on.

Professor Layton and the Curious Village is coming to iOS 🎩 #Nintendo

Professor Layton and the Curious Village was the first ever game to be released in the series, and it made its debut on the original Nintendo DS. In this one, Hershel and Luke travel to the village of St. Mystere, where they’re tasked with figuring out who would receive the leftover fortune after the death of a wealthy baron. The game is comprised of visual novel segments, where players will read text and dialogue by talking to NPCs, as well as puzzle segments, where you get to solve logical brain teasers and other little conundrums.

There’s no info on when the game will be released just yet, but we’ll keep you updated as more details come our way.