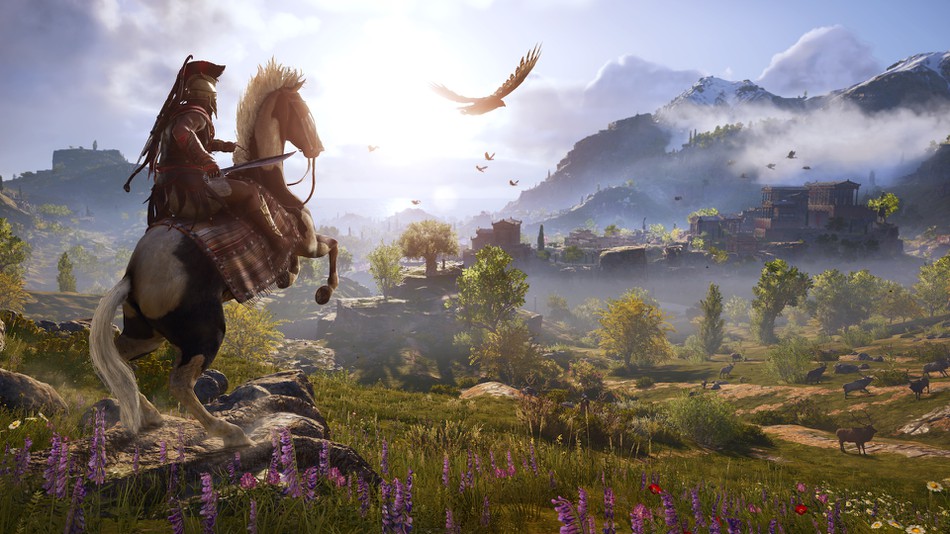 Assassin’s Creed Odyssey looks to continue the series’ recent trend of meaty main stories, with PowerPyx claiming that the title lasts “roughly 40 hours.” This estimate came from a playthrough from the trophy-hunting website that did a reasonable amount of side quests, as well as skipping the majority of side-story dialogue:

“It took me 41 hours to finish the story. I ended up at Level 37 of 50. I listened to most dialogues but skipped some (especially in side quests). You have to do a lot of side quests to level up. There are huge level gaps between some story quests and side quests are the only good way to get XP. Besides, they also reveal locations to new Cultists so you have to do them anyway.”

Following this reveal, PowerPyx estimated that the story can “easily [last] 50 hours+” if players decide to listen to all dialogues. In terms of a rushed playthrough, the completionist-focused site estimates a runtime of roughly 30 hours.

Other interesting details were also revealed in the site’s summation of the story, including the knowledge that leveling up takes around an hour of playtime, which equates to 4-6 side quests. This leveling came without XP boosters, meaning the level cap can be reached without boosters in around 50 hours.

Outside of the main story, PowerPyx states that there is a bunch of side content to finish. There is significant side story content, as well as endgame challenges “such as world bosses and an arena.”

All in all, Odyssey is shaping up to be a colossal single-player experience, especially with the host of story DLC coming post-launch. With the title’s newfound RPG sensibilities, Ubisoft is also banking on the series becoming an even bigger hit in Japan.