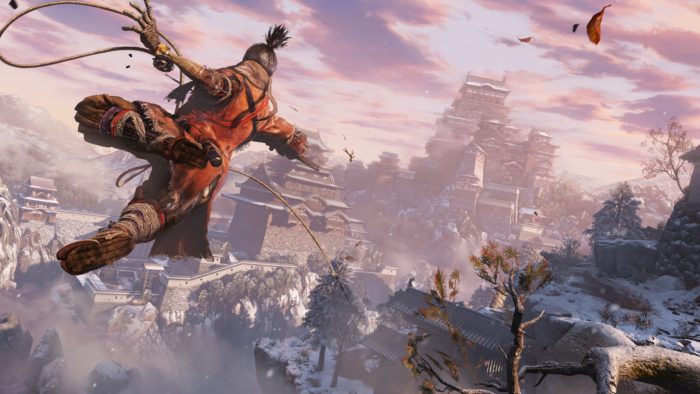 Sekiro: Shadows Die Twice is a brand new action RPG developed by From Software, and the game received a new trailer at Sony’s TGS 2018 PlayStation conference today. You can check out the new footage down below.

The trailer shows off even more gameplay footage, along with traversal elements where the protagonist can make use of a grappling hook to get around quickly. In addition to the fast-paced combat, the trailer also gives us a quick glimpse at some of the boss fights and tougher enemies players will get to face in the game. One is a fast-moving humanoid enemy who can zip around quickly in the air, while another is more of a hulking form that moves a little slower but hits just as hard.