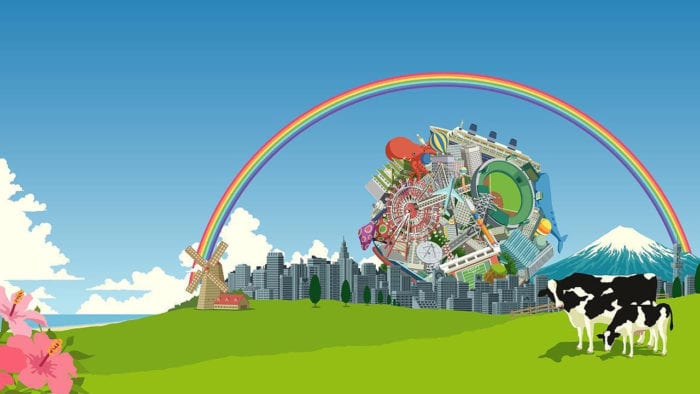 Known for being a man with rather eclectic tastes, Katamari director Keita Takahashi was left cold by The Legend of Zelda: Breath of the Wild and Super Mario Odyssey. Despite their modern classic status, Takahashi was not as enamoured as the rest of the gaming community.

Following a short hiatus from the industry to design playgrounds, the artist returned to games by purchasing a Nintendo Switch which, you guessed it, also failed to impress the Japanese auteur as a consumer. Speaking to USGamer, he has only played both of the above games on Switch and it has been collecting dust since. Commenting on Breath of the Wild, the mind behind Katamari found the game’s ludonarrative dissonance too hard to swallow, stating that “[the] gap between story and the system bothered me, then I stopped playing.”

For Mario, Takahashi explained that whilst he was excited to dig into the game, after he finished it, he “just turned off the Switch, [and] never turned [it] back on.” Tough crowd, eh? The interview was not all doom and gloom, however, with the Katamari designer finding gems on the PlayStation 4. The Last Guardian impressed him the most, which he offered high praise for, concluding that he knew “some complained but I really respect [Fumito] Ueda-san.”

Despite his experience with the Switch, the director is still bringing Katamari to the system via Katamari Damacy Reroll, which drops at the end of November. Reroll is a port of Katamari Damacy’s original 2004 release for PlayStation 2, albeit with updated visuals and integrated gyro controls.