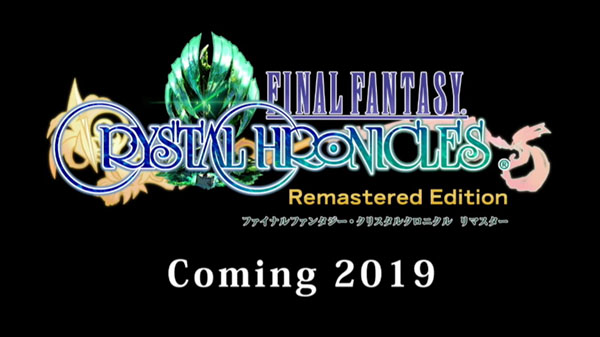 During Sony’s PlayStation conference at Tokyo Game Show 2018 today, it was announced that Final Fantasy Crystal Chronicles will be getting a remaster for modern consoles, and it’ll be releasing some time in 2019. At the moment, the game has only been confirmed for a PS4 and Switch release, and there’s no word on whether it’ll be coming to Xbox One and PC just yet.

FINAL FANTASY CRYSTAL CHRONICLES Remastered Edition is more beautiful than ever and coming to #NintendoSwitch and #PlayStation 4 in 2019! pic.twitter.com/hwfldVLYRO

Final Fantasy Crystal Chronicles was originally released for the Gamecube back in 2003, and it also allowed up to four players to enjoy the game cooperatively. It should be pretty exciting to see how Square Enix handles the remaster for the current-gen consoles, as well as the multiplayer component.

It’s worth noting that the Final Fantasy Crystal Chronicles Remastered Edition has only been confirmed for a Japanese release, and there’s no word on whether it’ll be coming stateside. We’ll keep you updated as more info comes our way.