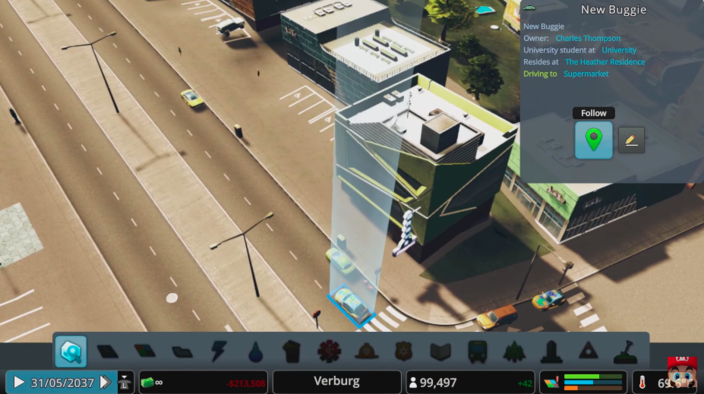 Nintendo has announced during today’s Nintendo Direct presentation that the city-building sandbox game, Cities: Skylines, is now available on the Nintendo Switch via the eShop.

Here’s a rundown of the game from the publisher, Paradox Interactive:

“Cities: Skylines is a modern take on the classic city simulation. The game introduces new gameplay elements to realize the thrill and hardships of creating and maintaining a real city whilst expanding on some well-established tropes of the city building experience. It also includes the ability to mod the game to suit your play style as a fine counterbalance to the layered and challenging simulation. You’re only limited by your imagination, so take control and reach for the sky!”

Both previously released downloadable content packs, After Dark and Snow Fall, are included in the Nintendo Switch version. After Dark is an expansion pack that adds new buildings like Casino’s and luxury hotels while also bringing in a day/night cycle, while Snow Fall introduces elements like streetcar and trams as well as the snow of course.

Cities: Skylines has been out on PC since 2015 and was then ported over to the Xbox One and PS4 just last year, and now, you can play Skylines on the Nintendo Switch starting today.

Are you guys excited to check out Cities: Skylines on the Nintendo eShop?