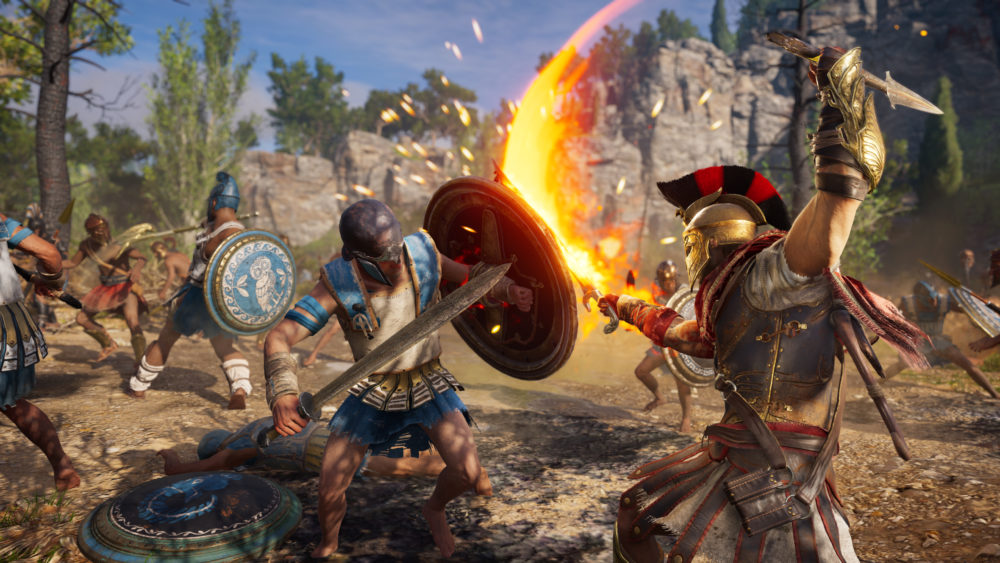 At a recent Assassin’s Creed Odyssey preview event, we got the chance to sit down with the Game Director, Scott Phillips, and chat about some of the facets of this new entry in the franchise. If you’ve seen a demo of the game, or know anything about it, you know that your character of choice, Kassandra — who we chose for our demo — or Alexios, is rooted in the life of a Spartan. We learned from the demo that you don’t necessarily have to remain loyal to any side of the Peloponnesian War. We also learned that despite Spartan influence, that’s not necessarily what the combat of Assassin’s Creed Odyssey is rooted in.

Surprisingly, the combat of Odyssey, while influenced by the brutality of Spartans, found itself rooted in the art of Ancient Greece, specifically art depicting the life of Achilles, the star of Homer’s Iliad.

“In terms of our overall visual style of combat, our animation director looked at a lot of different things and found inspiration in Achilles,” Phillips said. “He found these sort of beautiful poses and styles in this ancient culture and felt it was the best fit for our characters.”

Phillips expanded on this, explaining how Clermont looked at pottery and sculpture, two of the most popular forms of art in Ancient Greece, for inspiration.

“[The combat] was also influenced by how the Greeks would do pottery and sculpture, and how they would celebrate the beauty of the human form,” Phillips said. “They found these striking poses so [Alexios and Kassandra are] always trying to move from pose to pose in combat.”

Assassin’s Creed Odyssey will be released later this year, on Oct. 5 for PS4, Xbox One and PC.