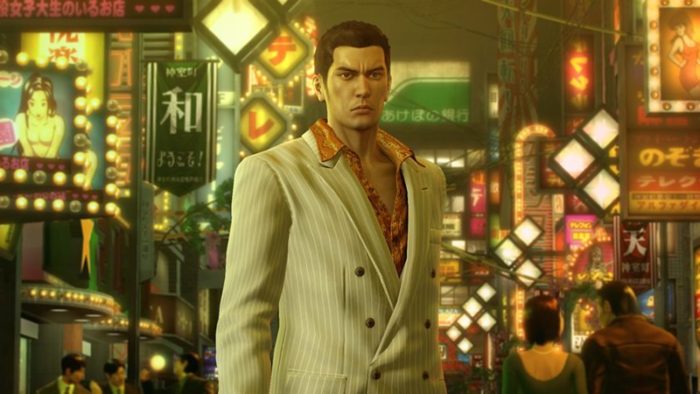 At long last, the first chronolgical entry in Sega’s acclaimed series about gang wars, family, and caving in heads with bicycles and traffic cones comes to the PC.

Yakuza 0, the prequel to the entire Yakuza franchise, is finally available on Steam. Throughout the game, players will bear witness to the rise of the series’ protagonist, Kazuma Kiryu, and resident wack job, Goro Majima. While the meat of the game consists of fast and furious fistfights that hold their own against even the PlatinumGames greats, the game world is alive with plenty of side activities. From darts to Saturday Night Fever dances, karaoke to investing in real estate, Yakuza 0 has no shortage of entertainment.

And that’s just stuff you do when you want to take a break from punching delinquents until they bleed yen. Yakuza 0 is filled well past the bursting point with colorful side-missions, each featuring an assortment of eccentric characters who gives even Ace Attorney’s cast a run for their money in terms of insanity and memorability. I mean seriously, one Yakuza 0 mission has players aiding a shy S&M dominatrix learn to assert herself, and another has players befriend a chicken. As in a walking, clucking piece of poultry. That is given a job as a real estate manager position by even though it’s got less of a head for real estate than the eggs it lays. And yet, behind all the charm, insanity, and camp, Yakuza 0 sports an engrossing story filled with heart and soul.

While Yakuza 0 was initially released for the PlayStation 3 and 4, the PC port is beautiful, sporting “uncapped framerates and 4K resolutions.” And it won’t take much to reach triple-digit framerates thanks to its meager system requirements. If you own a computer with least a Windows 7 operating system (64-bit only, I’m afraid), an Intel core i5-3470 or AMD Phenom FX-6300 CPU, an Nvidia GeForce GTX 560 or AMD Radeon HD 6870 GPU,  and 4GB of RAM, you will be able to run Yakuza 0.

Yakuza 0 is only the first of the Yakuza games to come to the PC. The remake of the first game, Yakuza Kiwami, is still in the works. But for now, Yakuza 0 is a steal on the Steam store for only $20. Sega’s just given you an offer you can’t refuse.