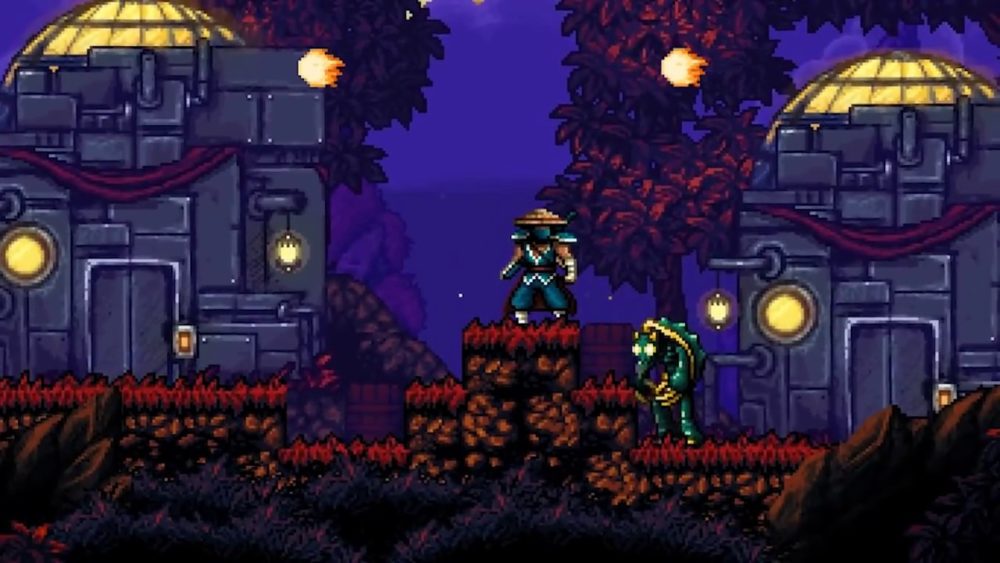 Devolver Digital has announced that The Messenger, the upcoming 2D platformer developed by Sabotage, will launch on Aug. 30 for Nintendo Switch and PC via Steam. The title is a retro throwback to classic Ninja Gaiden, sporting a similar sprite-based look with a twist. Portals in the world of The Messenger will switch the aesthetic from 8-bit to 16-bit, seamlessly and without any loading. It also seems like the changing aesthetic will also change the music in the process. You can take a look at a new trailer down below.

In The Messenger, a young ninja travels out into a cursed world with the sole goal of delivering a scroll that’s of the utmost importance to his clan’s survival. Here’s an overview of the game’s features via its Steam page.

The Messenger will release on Aug. 30 for Switch and PC. At the moment, there’s no word on if there are any plans to bring the game to other systems.

What do you think of The Messenger? Could it be one of the indie hits of 2018? Leave a comment below and let us know your thoughts.

The Messenger from @SabotageQC dashes between 8-bit and 16-bit worlds on Nintendo Switch and PC August 30! Watch the new trailer, retweet for your clan, and preorder now: https://t.co/BommpWLjsd pic.twitter.com/Ms5qQteqd3