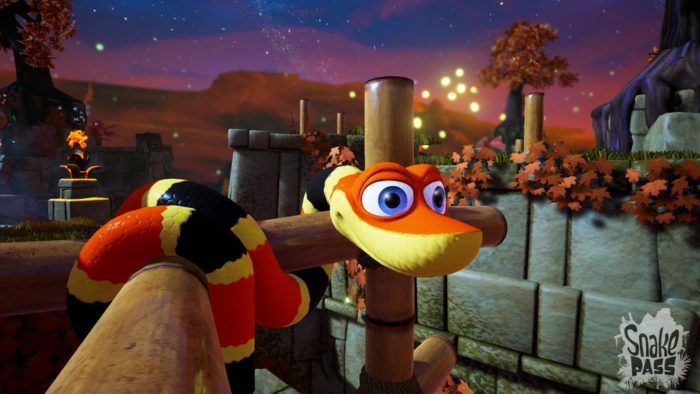 The unique 3D platformer Snake Pass, in which you control a very long snake, released for Switch, PS4, Xbox One, and PC digitally in March 2017. Those longing for a physical release of the game were left disappointed. Now, it’s time to wipe those tears away as Snake Pass is finally getting released on physical Media. For the Switch, at least.

You have all been asking for it…

So we are *incredibly* pleased to announce that we have partnered with @SuperRareGames to bring a limited edition physical release of Snake Pass to #NintendoSwitch exclusively from https://t.co/Ew02jYvvri!

Sumo Digital, the developer of Snake Pass, is partnering with publisher Super Rare Games to bring a limited physical release of the game to the Nintendo Switch platform. In the past, Super Rare Games has released physical versions of previously digital-only games, including Human: Fall Flat and Lovers in a Dangerous Spacetime. Their next release is Mutant Mudds Collection, which will be available for purchase on Aug. 20. So far, the company has exclusively published games for the Switch, and Snake Pass is currently looking to be a Switch exclusive physical release.

Neither Sumo Digital nor Super Rare Games has revealed a release date or price point for the limited run of the game. The official Twitter account says to “stay tuned for details.” All of Super Rare Games’ past releases have cost $35.

We gave the PS4 release of Snake Pass a 3.5/5. If you’d like to know our in-depth thoughts on the platformer, you can check out our review here.