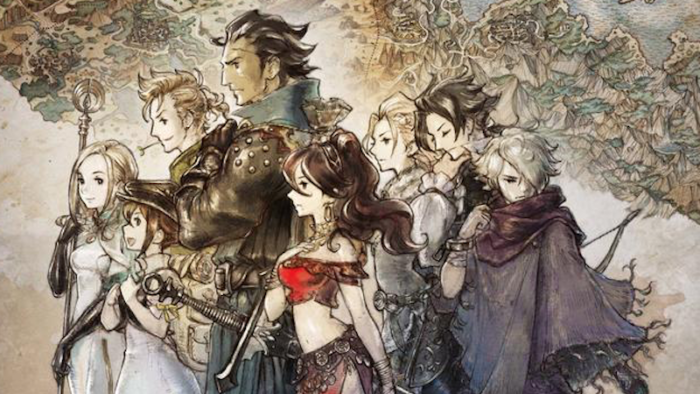 Earlier this month, the official Twitter account for Octopath Traveler proudly announced that the latest Nintendo Switch exclusive JRPG had surpassed one million units sold in less than a month. Following today’s update from Japanese market research company Media Create (week ending Aug. 13), we can now confirm that an impressive 17.5% of those copies were sold in Japan alone.

The Nintendo Switch is proving hugely popular in Japan, where it continues to lead the hardware and software charts on a weekly basis. Designed and modeled in the shape of a classic 90s Japanese-RPG, Octopath Traveler earned critical acclaim for its inventive spin on the traditional formula, both with respect to its pretty “HD-2D” sprite aesthetic and engaging battle system. And it seems to have proved a winner in Japan for the country’s most popular system. Below is the game’s weekly commercial performance in Japan since launch (July 13) as reported by Media Create:

For reference, Ni No Kuni 2, a sequel to an already popular and established franchise, sold around half that number over its first four weeks before dropping outside of the Media Create top 20 (whereby it is no longer tracked with hard numbers). Ni No Kuni 2 was exclusive to PS4, the home console with the largest total install base in Japan.

When Twinfinite reviewed Octopath Traveler, we had plenty of good things to say about it. You can check out that out here.