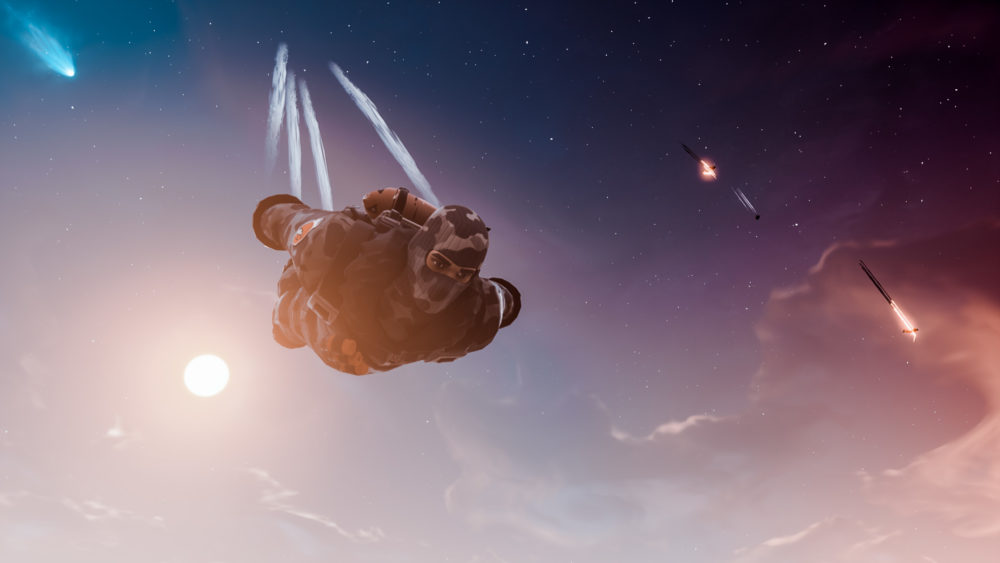 Fortnite’s upcoming content update dropping later this week will add portable rifts, it has been revealed.

As per usual, the headline attraction of the upcoming content update was teased via the ‘News’ section within Fortnite’s Battle Royale mode when it updated earlier today.

Called ‘Rift-To-Go’s,’ the description reads “A rift you carry in your pocket! Teleport above your current location and glide down.” In a nutshell, you’ll throw the Rift-To-Go down, a rift shall appear in front of you, and you’ll jump through and use it as you would any other of the other inter-dimensional rifts across the map.

Currently, little else is known regarding what Fortnite’s v5.30 update, which was delayed from the usual Tuesday release time this week, to Thursday, will bring. Epic Games also confirmed that the week 7 challenges’ release would also be delayed, going live at the usual time on Friday, rather than Thursday.

Patch v5.30 is right around the corner! It will release later in the week on Thursday, August 23.

Fortnite is available now on PC, Xbox One, PS4, Nintendo Switch, iOS devices, and is beginning to roll out on Android devices, too. If you need a hand getting through the Season 5 weekly challenges, be sure to check out our comprehensive wiki here.