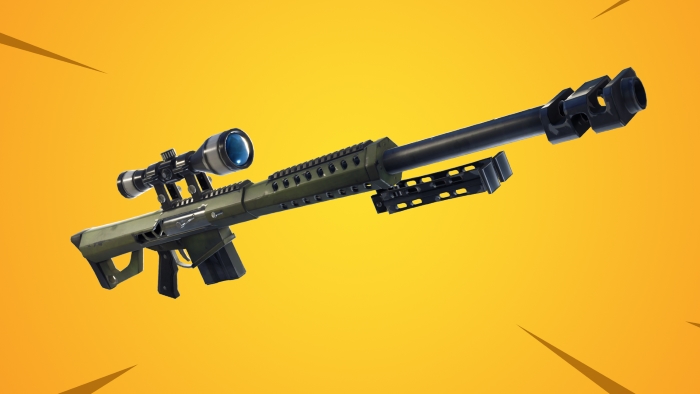 The 5.21 patch went live in Fortnite earlier today, adding new weapons, modes, and challenges to Battle Royale and Save the World.

Battle Royale received the new heavy sniper weapon, a epic/legendary sniper that sacrifices reload time for a powerful shot and less bullet drop compared to others. One shot can deal 150/157 damage to players and 1050/1100 to buildings. Players have already found it useful to quickly expose enemies before switching to another weapon to shoot them. The Sniper Shootout limited-time mode returns from last June, adding the new sniper rifle and removing scoped assault rifles.

The 50v50 limited-time mode also received a few changes. Now called Soaring 50’s, the mode places a bigger emphasis on mobility while keeping the same rules of two teams of 50 fighting to win. A new feature is the ability to redeploy the glider by pressing the jump button when more than 10 meters in mid-air. Impulse grenades, bounce pads, and launcher pads have been increased in the loot pool as well.

The cooperative Save the World mode added a new weekly Horde Challenge in the 5.21 update, rewarding 1500 Gold for completing the first time and 75 Tickets after that. The mission involves defeating bulletproof enemies that can only be defeated by melee weapons, traps, and hero abilities. Fortnite’s Save the World will add a new hero to the Event Store this Wednesday, and the mode also received a few bug fixes. Check out the rest of the details in the official patch notes.