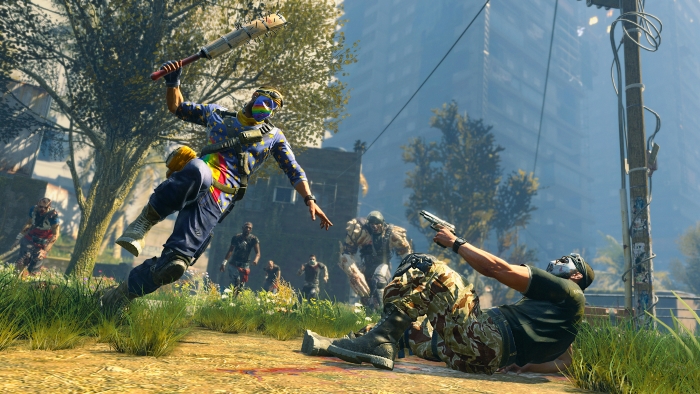 Dying Light: Bad Blood is a battle royale game where 12 players land in a zombie-infested area and must scavenge for weapons while leveling up by destroying zombies to be the last person alive. The title will contain the core gameplay of the original Dying Light with first-person parkour movement skills and brutal melee combat. According to executive producer Maciej Łączny, the idea came about since Techland wanted to add more player vs. player modes to the game and the community embraced the Be the Zombie mode, where players can invade other players’ games as a superior enemy.

“This is how Dying Light: Bad Blood came to life, a game based on these key principles: the freedom and fast pace of parkour movement, the constant threat of the Infected, and the creative brutality of melee combat. Combined they offer an all-new brutal royale experience,” said Łączny in a press release. “Now we encourage the community to help us fine-tune the game before its release.”

The game will have two global playtests before the Steam Early Access launch in September. Phase One starts on Saturday, Aug. 25 at 12 p.m. ET until Aug. 26 at 12 a.m. ET, while Phase Two begins on Saturday, Sept. 1 at 12 p.m. ET until Sept. 2 at 12 a.m. ET. Those interested can register on the game’s official website until Aug. 22, and all progress made during the tests will carry over to the early access version.

Dying Light: Bad Blood will cost $19.99 during early access for the Founder’s Pack, containing in-game currency and exclusive skins. Techland said the game would receive free updates in the form of new maps and modes, and noted the game will be a free-to-play title for PC and consoles when the game officially launches.