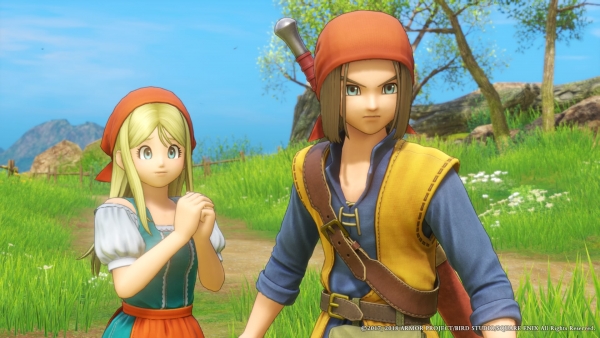 Square Enix has released a new trailer for Dragon Quest XI: Echoes of an Elusive Age, showing off a free costume that will be available to all players from the start of the game. The Trodain Bandana and Trodain Trogs will automatically be in player’s inventory when they start up the game, and the items give you the same outfit the hero of Dragon Quest VIII : Journey of the Cursed King wore.

You have to equip both items, which take up a headgear and armor slot, in order to sport the look, but the Trodain outfit gives you a tidy little defense boost at the start of the game. You’ll also receive an item called Trodain’s Top Trends, which will help you boost the stats of both pieces of equipment later in the game. Take a look at the full trailer down below.

Dragon Quest XI: Echoes of an Elusive Age releases on Sept. 4 for PlayStation 4 and PC via Steam. Keep an eye out for our impressions as well as our full review in the weeks leading up to the game’s release. If you happened to miss it, you can also check out Dragon Quest XI’s latest trailer, introducing the game’s ecclectic cast of characters.