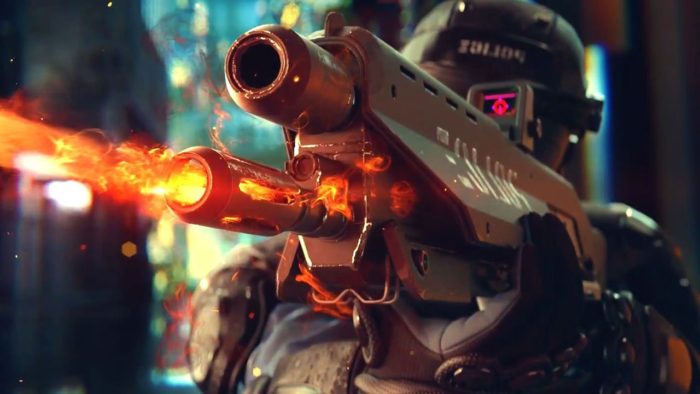 It turns out that the livestream CD Projekt Red has been teasing all day is Cyberpunk 2077 gameplay, but nobody expected to be treated to 48-minutes of it. The reveal, which can be found on the developer’s Twitch page, covered everything from combat, upgrades, to how quests are integrated into Nightcity’s labyrinthine alleys.

The gameplay is the same that was shown off to selected members of the Press at E3 and Gamescom, but this is the first visual inkling the public has for the game. Major surprises included the integration of vehicles, vehicle combat, and the degree to which gameplay dictates narrative choices.

Players will be able to choose from a variety of origin stories for their character, including their childhood hero, key life events, and their reason for being in Nightcity. As per CD Projekt tradition, these choices will have long-reaching consequences in the story.

Much like The Witcher, the degree of player choice is staggering. What Cyberpunk 2077 is aiming for, however, is the integration of gameplay into these choices, as opposed to binary dialogue choices. How the player behaves, including the length of time they take to reply or where they’re facing the camera, will impact dialogue choices, as well as opening up new actions.

A mountain of other details are there to comb through, but, to boil it all down, Cyberpunk 2077 looks like it’s going to deliver.