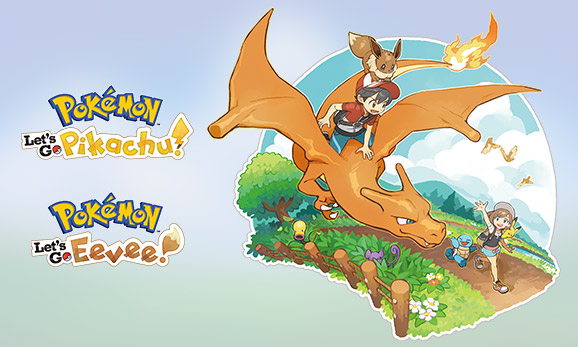 Introduced in generation six, this exciting, revolutionary addition to the Pokemon franchise literally changed up the entire competitive Pokemon game by giving the most iconic Pokemon their own evolutions that goes beyond their final forms. So far, only Mega Charizard X and Y, Mega Venasaur and Mega Blastoise have been shown, but the remaining first generation Pokemon that received Mega Evolutions are sure to be revealed in the near future. It’s unknown how and when players will receive the ability to Mega Evolve, but the scans confirm that the process will involve a Mega Ring, a Key Stone and of course a strong connection to your partner Pokemon.

Along with a few pictures of Misty and Brock, the ever frustrating Vermillion City Gym was also shown in the magazine. It’s confounding puzzle will indeed make its grand return alongside Surge’s rumbustious Raichu. Garbed in his full military uniform Surge looks even more menacing than his original debut and looks to be another challenging opponent in your way to become the champion of Kanto.

Pokemon Let’s Go Pikachu and Let’s Go Eevee are set to release on Nov. 16 for the Nintendo Switch.