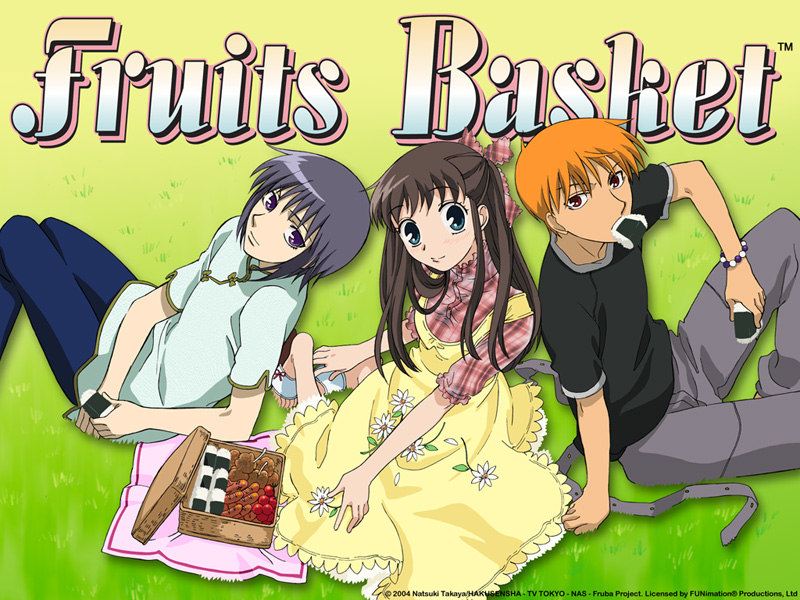 To those who enjoy Shoujo, romance and otherwise bright and cheery anime, Fruits Basket stands as one of the best and most necessary to watch. Told from the perspective of Haru, a young girl who does her best to help anyone she can, the story sees her embroiled in the dealings of a family cursed to turn into animals of the Zodiac when they make contact with the opposite sex. Full of gut-busting comedy, heartbreaking character moments and a story head and shoulders above many other works in the genre, it remains an example of how to make an anime that lifts you up, gives you a hug and then leaves you eager to take on the day’s challenges. Many works have sought to follow its act and help carry the torch of what it accomplished, and among them, these seven anime stand as the best options if you’re looking for something similar.

Flipping the personality dynamic present in Fruits Basket, Kimi ni Todoke sees Sawako Kuronuma, a young woman teased for her resemblance to Sadako from The Ring, given the opportunity to escape her seclusion when the bright and cheery Shota Kazehaya reaches out to her in search of friendship.

From there, the world opens up to her and allows new friendships to bloom, possibilities to be explored and a love to develop between the two, albeit with a few obstacles to overcome along the way. Uplifting and hopeful in a way few other series could hope to be, this show is a great exploration of the difference a small act of kindness can make for a person and how taking a chance with opening up to others can change one’s life for the better. Even for those not inclined to viewing Shoujo, there’s a lot to love about this series and you might even find yourself relating to members of its lovable cast.

High school third year Tomoya Okazaki finds himself drifting aimlessly through life until he meets Nagisa Furukawa, a fellow student who must repeat her final year due to missing too many classes from illness. Both have their share of scars and hardships to deal with – and so, too, do the friends they meet along the way, from the lovelorn twins Kyou and Ryou to the ambitious street fighter Tomoyo Sakagami – but as they come to know each other better, they find that they can move forward toward better lives by helping each other and reaching out to the friends they make along the way.

Easily one of the defining romance anime of the early 2000s and a key reason Moe exploded onto the scene the way it did, Clannad will pull your emotions to the surface, give them a warm hug and then devastate them in a matter of episodes. And yet, with each step forward taken by the characters, you’ll grow more and more attached to them and their struggles, hoping against hope for them to find a happy ending with one another. It’s not the easiest of viewing experiences, but its highs make it more than worth watching.

Trading in romance for pure, unrefined cuteness, Gakuen Babysitters drops viewers into a prestigious Morinomiya Academy, where the less well-off students can care for the infant siblings of their classmates for income. This works out perfectly for Ryuichi Kashima and his younger brother Kotaro, who due to the loss of their parents in a tragic accident need a place to live and be cared for until they can find a more permanent home. Through this odd occupation, the two meet a slew of others in similarly difficult circumstances and come together to create better lives for themselves and their infant siblings.

Each episode, whether it’s about the innocent activities of the younger siblings or the trials and tribulations of the older siblings making their way through life, it’s hard not to reach the end of this series with a big smile on your face. You’ll wish for the best in whatever these characters try to do, and seeing them overcome the struggles of life will motivate you to take on your own hardships with the same vigor and determination.

At the prestigious Ouran Academy, the children of the well-to-do are groomed for success with top of the line classes, the finest of luxuries and a wide array of different activities to occupy their time. One such activity is the Ouran High School Host club, offering prospective female students the chance to spend time with some of the school’s more attractive male students for a small fee, surrounded by decadence all the while. Haru, a new student, finds herself drawn into this club as an employee when she accidentally breaks a priceless heirloom vase, posing as a boy to attract customers and raise the funds needed to pay off her debt to the clubs’ owners. Along the way though, she comes to see the other members of the club as friends and, in some cases, even more than that.

A wild card in what it will provide to viewers with each new episode, Ouran High School Host Club is a spectacular show with a cast of characters who’ll draw you in before you know it. Each new arc, and the subsequent ramifications it has on the cast, only bolsters them up as some of the more memorable to grace the genre, and you’ll be praying you don’t reach the final episode too soon.

After running away with her childhood friend to help him pursue a life of fame and fortune, Kyoko Mogami is heartbroken to discover he simply used her to take care of expenses and housekeeping while he made his rise to stardom. Determined to get even with him for his years of manipulation, she sets out to become one of the biggest stars in Japan, proving she was worth more than the treatment she received and turning her life around in the process. This is easier said than done though, because for all of her acting talent and shining personality, she still has to start from nothing and enlist others to her cause.

Though not as fantastical as Fruits Basket, the way Skip Beat! makes maintaining a positive mental attitude and facing down adversity a pivotal theme, something both series do much better than other offerings in their respective genre. It’s inspiring to see not only Kyoko, but the other characters in the show pursue their passion and stand up to any challenge, made all the better when they come together to form a joint effort toward making their dreams come true.

Like Fruits Basket, this stellar film from director Mamoru Hosoda tells a story of people impacted by supernatural forces trying to find acceptance in the world. Following the death of her husband, a young woman named Hana must find a way to raise their two children, Ame and Yuki, alone. This is further complicated by the fact that both carry on the abilities held by their father, allowing them to shape-sift between being humans or wolves at will. As the years pass, both children must decide which form, and which resulting life, best suits them, while Hana has to do her best to encourage them no matter which path they choose to follow.

An uplifting tale of finding one’s place in the world and learning to love someone no matter their choices in life, this film strikes at the core of what makes finding people who take us for who we are so special. It’s a one of a kind experience, and perfect for anyone who wants to see something that’ll provide them with a hefty dose of positivity.

Takashi Natsume, a young man with the ability to see spirits, has spent most of his life alone when he is left a mysterious book by his grandmother. Containing contracts with several spirits she bullied into servitude, the book offers him a chance to finally escape his loneliness, but due to the manner in which it would force spirits to remain with him against their will, he instead decides to work out how to free them from their bondage. So begins a journey through the world of the supernatural, where Natsume will encounter a number of kind spirits and sinister specters in his quest to undo his family’s past mistakes.

Though it has its moments of tension, peril and action, Natsume’s Book of Friends is first and foremost a series about doing the right thing, and how doing so can enrich and fulfill one’s life. It also helps that the world and its characters are a delight to immerse yourself in, and with 74 episodes to watch, there’s a hefty pool of content for viewers to dig through.

What are some of your go-to anime to watch for a similar experience to Fruits Basket? Let us know in the comments below, and check out some of our other Shoujo anime recommendations for shows like The Ancient Magus’ Bride and Ao Haru Ride.

10 Anime Like Inuyasha if You’re Looking for Something Similar

Animal Crossing PSA: Make Sure You Put Your Bells in Your Savings Account Tonight to Make Interest

Which Persona 5 Character Are You? Take This Quiz To Find Out