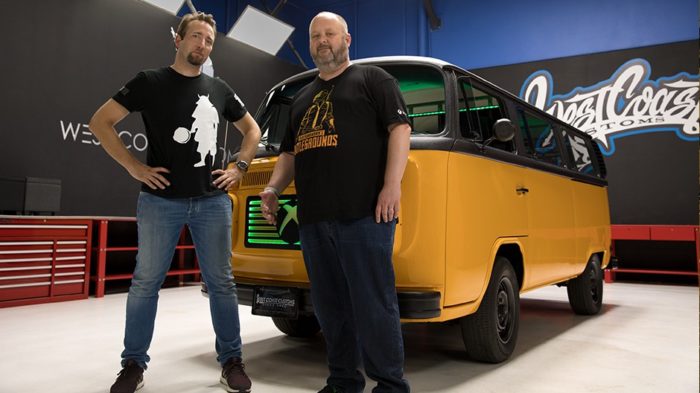 Xbox is teaming up with famed vehicle customizations shop, West Coast Customs, to promote PlayerUnknown’s Battlegrounds (AKA PUBG) in the most normal way possible: driving around the country and then giving away a literal bus to someone.

The promotion, titled Xbox One Summer PUBG, will feature the bus making stops around major events taking place this summer including San Diego Comic Con and then PAX West in Seattle. The bus will be nearby but outside of the venue, so anyone local can visit it without having to have a badge for either of the events. There will also be a special edition of Xbox Live Sessions that will take place from inside the PUBG Bus and will feature the “PlayerUnknown” Brendan Greene. That will go down on Thursday, July 19 from 5-6 PM PST.

This is all stuff we’ve seen before, but what’s particularly crazy about this promotion is that at the end of it, instead of stashing the bus in a garage somewhere never to be seen again, Xbox is going to just literally giving someone the bus to drive away in. It seems like it’s just going to be sweepstakes style. You can throw your hat in the ring by clicking here if you’re interested. If you don’t win the bus, which will be almost everyone, they are also giving away a loaded Xbox One package which includes an Xbox One X, a 55 inch QLED Samsung TV, and some other goodies as well.

Whether you play PUBG or not, doesn’t hurt to throw your name in the ring and see if Xbox decides to give you a cool looking free bus, right?