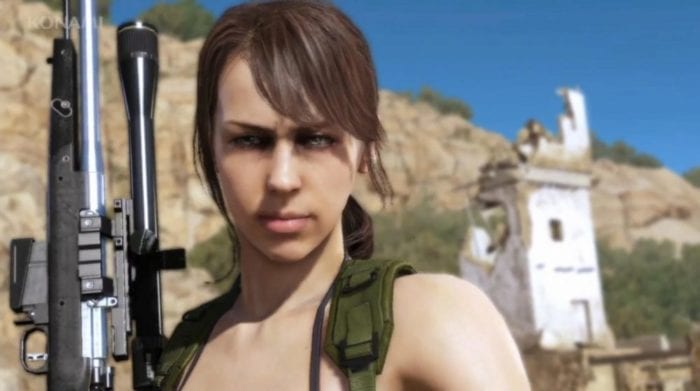 It’s been three years since Konami has graced us with Metal Gear Solid V: The Phantom Pain – the last Kojima Productions game released by the publisher – and surprisingly, a new update (via Eurogamer) has come out of what feels like nowhere, adding in a new playable character, the silent assassin, Quiet.

Konami has continued to update The Phantom Pain way after release, but it’s been a while since we’ve seen a big update like this one; one could say that this update was definitely a “quiet” one – see what we did there? Anyways, the lovely sniper rifle expert has been added to the game as a playable character, but not in the main campaign, unfortunately. You can only use her to invade other players FOBs (Forward Operating Bases) and you cannot change her uniform or head options because apparently, she breathes through her skin, so if she were to make any sort of outfit change, it would not fare well for her. Her unique abilities allow her to hold a steady aim like nobody’s business, move extremely fast, and jump over obstacles that would normally require a ladder. You can check out the full patch notes at Konami’s site right here.

Metal Gear Solid V: The Phantom Pain is available on PS4, Xbox One, and PC. The game also released on last-gen consoles as well, but this update only seems to apply for the newer consoles, unfortunately.