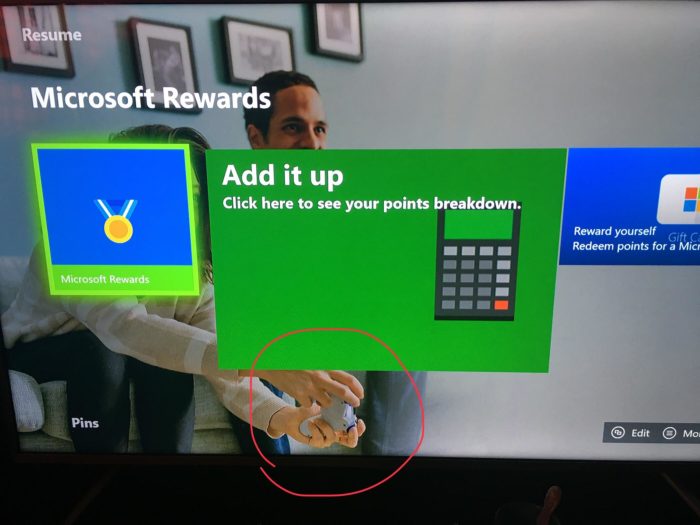 Microsoft has launched its Rewards app for Xbox One, which was previously in testing for certain Xbox Insiders, and it’s available for you to check and see how many rewards you’ve accumulated, what you can spend the points on, and a way for you to join the program if you’ve not yet done so.

But take a look at the background of one of the app’s screens, and you’ll see something hilarious. Someone’s holding a PlayStation 4 controller instead of an Xbox One controller. That’s a pretty egregious snafu, if we do say so ourselves. Redditor OperatorDelta07 snapped an image of the mistake, which is pretty hilarious, considering Sony’s stance on cross-play and all the kerfuffle going on currently with Sony and other manufacturers.

Microsoft Rewards is here to level up your gaming experience.
Download the app on Xbox One and start earning Microsoft Store credit: https://t.co/FyrP6ZTgpf pic.twitter.com/Rsv870bE68

Microsoft and Nintendo recently worked together in the new Minecraft: Better Together update trailer, but Sony has notoriously been missing from these promotions since it doesn’t prefer to be included in the cross-play festivities. Either way, this has made for a hilarious mistake to point out, especially since it’s an Xbox-centric app with rewards localized to Microsoft customers.