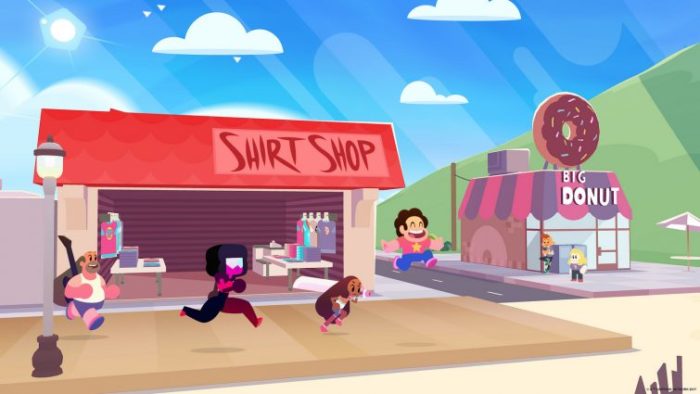 Grumpyface Studios’ lighthearted and fun-loving turn-based RPG Steven Universe: Save the Light is coming to PC, the studio took to Twitter to announce. The port work is being handled from Finite Reflection Studios, as the game is being taken from Xbox One and PlayStation 4 to its new home on PC. The game is a sequel to the 2015 mobile title Steven Universe: Attack the Light! Previously, it only received a digital release, and while that tradition is being continued, now it’ll be available on another platform.

The game follows Steven and the Crystal Gems as they go on a quest to retrieve something called the Light Prism, as it’s been stolen by a new enemy: a Gem known as Hessonite. You’ll have to team up with Amethyst, Pearl, Garnet, Connie, Greg, and Peridot to fight off enemies that arrive in Beach City and figure out how to defeat the villainous Hessonite.

But aside from the PC port news, Grumpyface Studios also teased a big announcement regarding Save the Light. What that refers to at the moment is still unclear, but it could be a new character or some sort of DLC for the future!

#StevenUniverse #SaveTheLight is coming to PC & Mac on #Steam! Port work done by our friends at @finitereflect, and you can add to your wishlist now at https://t.co/ArSny7xZ6T — AND we'll also have another big STL announcement very soon! 👍 pic.twitter.com/mJu9pd3K6J

Whatever the secret may be, we can’t wait to hear more, as Steven Universe is really heating up right now, and there’s a lot more story to get through in video game form.