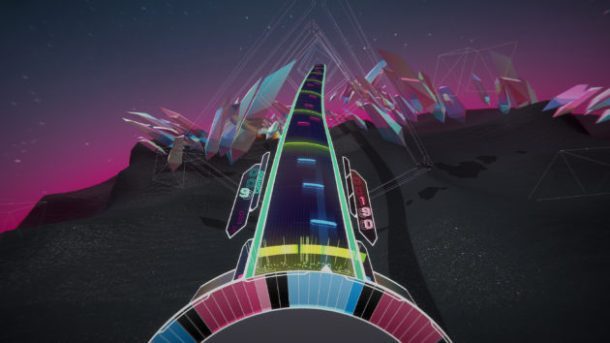 Australian game developers Super Entertainment have put out a teaser on Twitter for their upcoming game Spin Rhythm.

Spin Rhythm is, fittingly, a rhythm game played with a wheel, not unlike a digital turntable, and a pad for the player’s other hand. At first glance it’s reminiscent of DJ Hero, but in Spin Rhythm, players turn the wheel left or right to match the correctly-colored portion of the wheel to match the notes coming down the lane. The wheel is also tapped in rhythm to the music playing, as is the pad, but at different times. There are also sections that have the player spinning the wheel in one direction or the other. The wheel spin can seemingly be done with as much fervor as one desires, with an in-rhythm tap stopping the spin and setting players automatically back on the correct path.