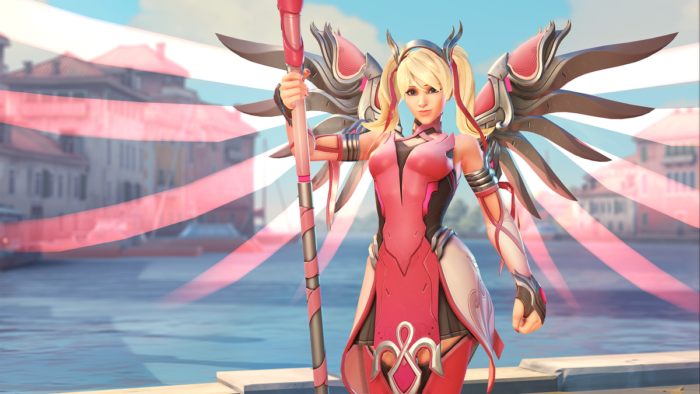 Overwatch fans came together to raise an astonishing amount of money for the Breast Cancer Research Foundation (BCRF) by purchasing the Pink Mercy Overwatch skin and all the other goodies to go along with it. The surprise release launched in May, offering a gorgeous Pink Mercy skin for $15, which went toward the BCRF, as well as a selection of physical goodies like T-shirts and more.

Blizzard announced today that the campaign raised a whopping $12,703,828 for charity “Thank you, heroes!” Blizzard announced via Twitter. “Together, we have raised over $12.7 million for the Breast Cancer Research Fund.” Most of the donation ended up coming from purchases of the skin itself, and the special T-shirt designs created by community members made up the rest of the donations. Twitch streamers who took part in the event went on to raise over $130.000 in donations when all said and done as well.

Together, we have raised over $12.7 million (USD) for @BCRFcure

This was the first Overwatch charity skin available for purchase, but it likely won’t be the last, considering the popularity of this particular campaign. There’s no word on whether or not you can purchase the Pink Mercy skin in the future, so hopefully that’s coming down the pipeline soon, as it’s a very cool skin and would be fantastic to be open to all players once more.