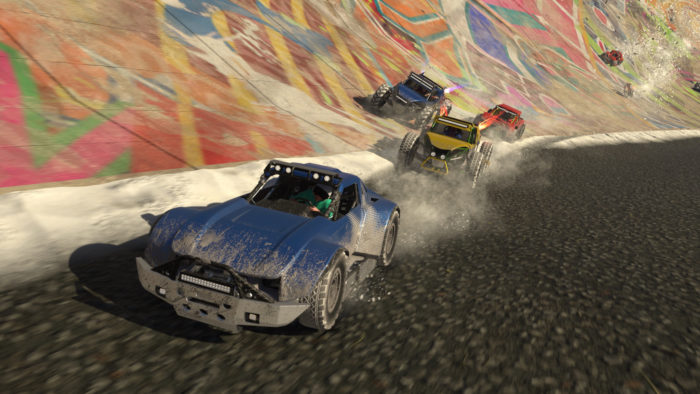 It appears that the minds behind recent racing titles Driveclub and OnRush have met their respective finish lines a bit earlier than expected after development house Evo was hit with a sizeable amount of layoffs. Multiple senior staff members, including Driveclub director Paul “Rushy” Rustchynsky, were reportedly let go as part of the downsizing efforts.

The move comes just over a month after the release of the studio’s most recent title, OnRush. The new take on the traditional racing genre was critically praised but found much less support from consumers. The game debuted poorly, selling just over 1000 physical units in the UK in its first week, and has remained absent from top sales charts following its launch.

When asked about the nature of the layoffs, a Codemasters spokesperson told Eurogamer, “It is normal course of business for game teams to evolve as projects launch and move into service, and as other new projects start. As such, it isn’t appropriate to comment on day to day movement of staff changes.”

While OnRush’s financial disappointment is a clear catalyst for the downsizing effort, some within Evo believe there is more to blame than just poor sales figures. Speaking to Eurogamer, multiple anonymous sources within the studio placed some blame at the feet of Evo’s parent company, Codemasters. The sources highlighted the persistently poor communication between Codemasters and Evo personnel and redundancies created within the senior levels of staff following Codemasters’ 2016 purchase of Evo, then known as Evolution Studios, as major issues affecting the studio. Those redundancies caused some high-ranking Evo employees to either be fired or forced to re-interview for their jobs, effectively “decapitating” the company.

Regardless of the reason, the purge of senior personnel points to a significant change in operation for Evo going forward. Some within the studio believe that the remaining staff will transition to working on Codemasters titles in a supportive role or on projects with less risk for success than OnRush.

All planned post-release content for OnRush will still be released despite the changes impacting its developer.