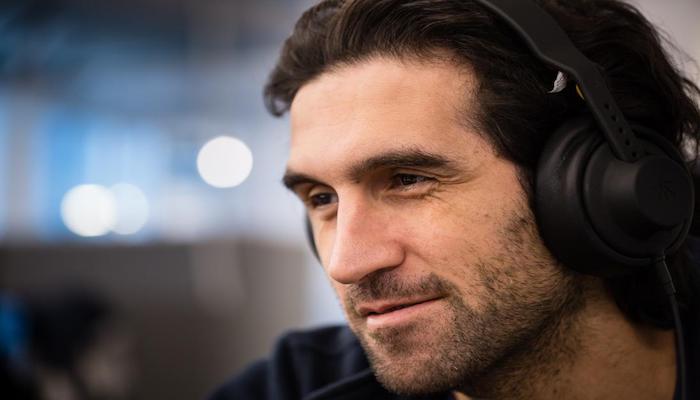 Josef Fares, for better or worse, has certainly made a name for himself in the video game industry.

Somewhat surprisingly, if not for personality alone, Fares was nowhere to be seen on stage during the 2018 EA Play press conference that took place a day before the E3 fun began–he did get a quick mention, though.

“A Way Out is such a huge success that Josef and his team are expanding and moving into a new studio,” EA Chief Creative Officer, Patrick Söderland, said. “Stories like this drive our industry, and it’s why we will continue to work with independent developers to help them realize their dreams.”

With this comment, it would seem that Fares has committed his team to another game with EA.

A Way Out was published by EA via their EA Originals label and this comment from Söderland might be the first confirmation that this partnership between Fares and EA will live on. If that wasn’t enough, Fares clarified this partnership to Eurogamer’s Robert Purchese and VentureBeat’s Dean Takahashi at Gameslab last week.

“Yeah, we’re with EA,” Fares told Purchese and Takahashi. “It’s no problem. It’s super-good support. I don’t care what publisher I work with, it’s going to be the same. This is how I work: I respect the economical aspect but nobody f**ks with the vision–it’s very, very important.”

“They know it at EA now, and they’re super-supportive,” Fares continued.

At Gamelab, Fares expanded on this while speaking with Purchese and Takahashi, explaining that his studio, Hazelight, was already hard at work at their next game, and had been for a couple of months.

“We’re just in early pre-production stuff, but after this, in four weeks, we’re going to go full production,” Fares said.

How long will fans have to wait to see this game? According to Fares, it’s still a few years off.

“It’s hard to say, but maybe in two or three years we show something,” Fares said.

While Fares was reluctant to share any information regarding what this next game is about, he was quick to assure fans that they needn’t worry–this game will most certainly be a Hazelight game.

“You will feel it’s a game by Hazelight, but it will definitely be very different to Brothers and A Way Out–very different,” Fares said. “The next game will be longer than A Way Out, but that’s because it makes sense for that game. Developers should focus on making the best game. It shouldn’t be a tick box thing.”

“That goes for everybody–for the players, for the reviewers. Why are we talking about deployability when nobody is really even finishing the games?” Fares asked. “It doesn’t make sense. It’s like everybody is going on autopilot here.”