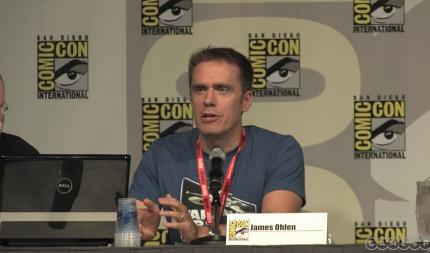 After over two decades of creating high profile games, Bioware developer James Ohlen has announced his retirement from the industry to pursue other ventures.

Announced via Twitter on July 12, the news came following Ohlen’s 22 year career of work in the games industry. Starting as a well known DM for high level Dungeons and Dragons games, he went on to work at Bioware in its earliest years up to where it is know, contributing to titles like Baldur’s Gate, the Dragon Age series and Star Wars: Knights of the Old Republic. More recently, Ohlen was worked with the team on Mass Effect: Andromeda and the upcoming Anthem, an online multiplayer RPG in a Sci-Fi setting.

“I’ve loved my time with Anthem, Star Wars, Dragon Age and Dungeons and Dragons,” Ohlen wrote. “But I need to take a break from the industry and work on something a little smaller and more personal.”

After 22 years I have retired from BioWare. I've loved my time with Anthem, Star Wars, Dragon Age and Dungeons and Dragons. But I need to take a break from the industry and work on something a little smaller and more personal.

Ohlen is only the latest developer to leave Bioware in the past year. Mike Laidlaw, the creative director of the Dragon Age series, left in October of 2017, while former general manager Aaryn Flynn stepped down and was replaced by Casey Hudson in July of 2017.

No specifics have been given on where Ohlen plans to take his skills and talents at this time.