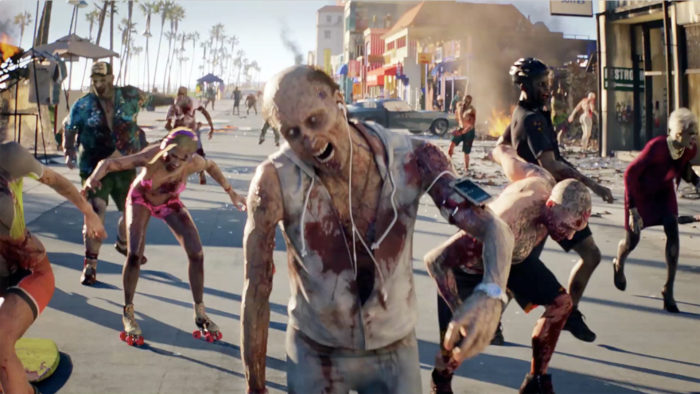 Allow yourself to drift back to the year 2014. It’s June. You’re tuned in to the livestream of Sony’s E3 press conference. You’re watching a beautifully made trailer featuring a man nonchalantly rollerskating while somehow, successfully dodging zombies after his flesh left and right. You don’t know it yet, but you’re watching a trailer for Dead Island 2.

Now, four years later, that game still isn’t out, and up until now, it was nowhere to be seen. After a recent Twitter reply, though, it seems that Dead Island 2 is in fact still coming.

Yesterday, the Dead Island Twitter account tweeted a promotional tweet about their new mobile game, Dead Island: Survive (you can likely guess exactly what kind of game this is). One Twitter user, though, was not happy about this mobile game.

“Don’t care. Not Dead island 2. Quit bouncing around the subject and tell us what’s going on,” the tweet said. “The longer the wait, the more pissed off fans get. Especially with the same copy and paste answer.”

Surprisingly, the Dead Island twitter responded with a confirmation that Dead Island 2 is in development and will one day come.

“What’s going on is that it’s in development and we won’t be showing more until we’re ready,” the tweet read. “Appreciate the wait is painful, but Dead Island 2 is still coming.”

What's going on is that it's in development and we won't be showing more until we're ready. Appreciate the wait is painful, but Dead Island 2 is still coming.

Two years ago, in 2016, the Dead Island 2 steam page was pulled, seemingly revealing that Dead Island 2 was no more. That coupled with a lack of information–we went virtually two years without a peep about this game–had fans of the series, and that trailer (it’s seriously so good), worried that the franchise was no more.

Fear not, though. Dead Island 2 is on its way. When? Only time will tell.

Last we heard, Dead Island 2 was being developed by Sumo Digital and published by Deep Silver for PS4, Xbox One and PC. There is currently no word on if that remains to be the case, but we do know that Sumo Digital is hard at work on Crackdown 3 so it’s likely that this game is still a ways off.