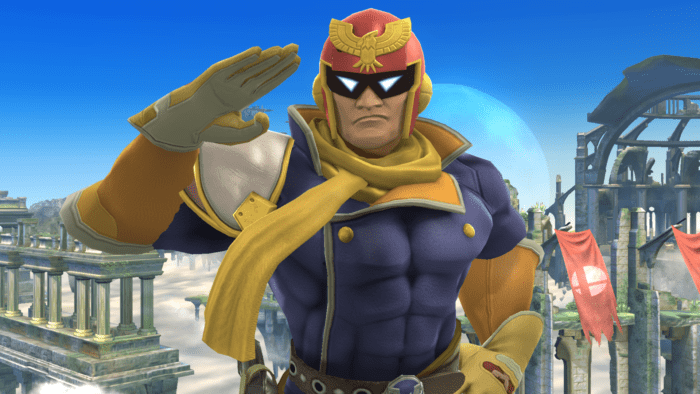 Fans of classic Sega arcade games may remember the famous vocals from Takenobu Mitsuyoshi during the insert coin screen, races, and game over screen of Daytona USA.

Mitsuyoshi went on to compose music for various Sega games over the years, including Shenmue, Sega Rally Championship, and several titles from the Virtua series. His vocals were also featured on the soundtracks for Daytona USA 2 and Burning Rangers.

Following an update on the official Super Smash Bros. Ultimate website, we now know that Mitsuyoshi will be lending his composing and vocal expertise to the Super Smash Bros. series. The website lists Takenobu Mitsuyoshi as the arrangement supervisor on a brand new F-Zero medley that you can listen to on the music section of the Super Smash Bros. Ultimate website. You can hear his vocals right from the get-go. According to the blog, “the medley consists of Death Wind, Fire Field, and perhaps more…” The Fire Field track previously featured on Brawl’s soundtrack, but this is the first time that Death Wind (originally on the soundtrack of F-Zero for Super Nintendo) will appear in a Smash Bros. game.

You can enjoy the full version of this medley along with many more new arrangements and original versions of classic Nintendo tunes when Super Smash Bros. Ultimate releases on Dec. 7.