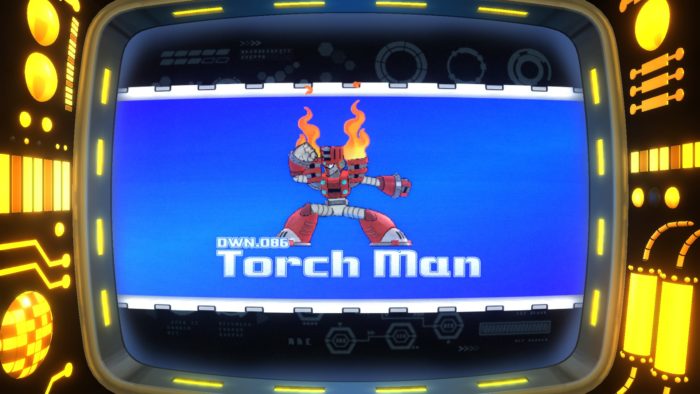 Over at the Capcom Unity blog, the company has just unveiled a new villain and stage for the upcoming Mega Man 11. His name is Torch Man, and as you might expect, his stage is going to feature a few fire balls and fire-themed traps. You can check out his intro video down below.

‘Starting at the edges of a campsite, your idyllic walk in the woods is quickly interrupted by the many robots littering the forest. With enemies both out and about under a twilight sky and hiding away in tents propped up along your path, you’ll have to watch your step navigating the platforms and perils scattered around the stage. Further complicating things are heavily forested areas, preventing even the faintest moonlight from shining through and making platforms impossible to see. Fortunately, some friendly-looking lantern-shaped owls can help light your way, making it easier to see where you’re headed. How helpful! Unfortunately, they also attempt to drip fiery globs of gas on to Mega Man, making it that much harder to get where you’re going. How… awkward.’

After beating this boss, you’ll gain access to the Blazing Torch, which allows you to fire off a fire ball into the air.